People’s Pensions – an idea whose time has come?

The second campaigning document I co-authored was with Colin Hines and Alan Simpson (then an MP). It was published in 2003. It was entitled People's Pensions. The New Economics Foundation published it. This is what they had to say of it:

This discussion paper suggests an entirely new arrangement for the provision of second pensions in the 21st Century.

The paper proposes an adaptable pension model much more insulated from market turbulence than orthodox schemes. And, as a result, a model that will be highly attractive for the millions of people seeking financial security in old age. It will be capable of raising large sums of money to invest in necessary public services and can easily be adapted to invest in immediate local priorities.

The People's Pension proposal was based on the following assumptions: 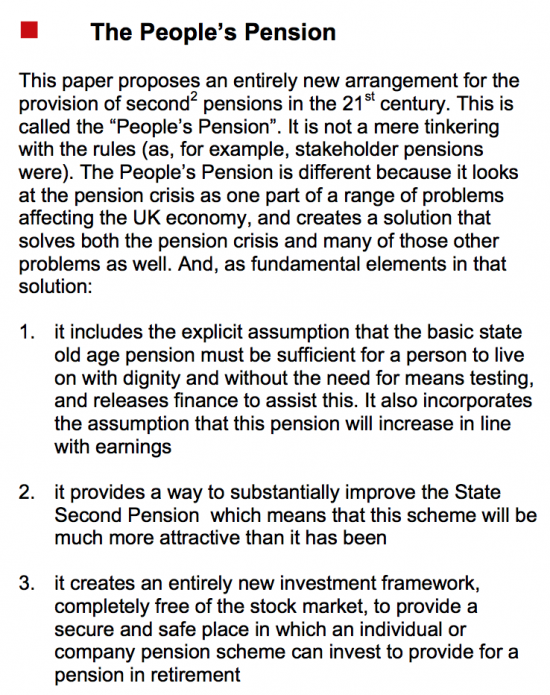 This was possible because: 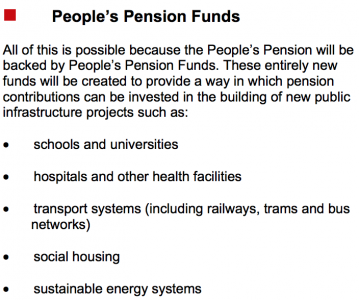 Sound familiar? Of course People's Quantitative Easing is a development of that, in a sense.

But there is also no reason why they should not exist in parallel. As the report noted: 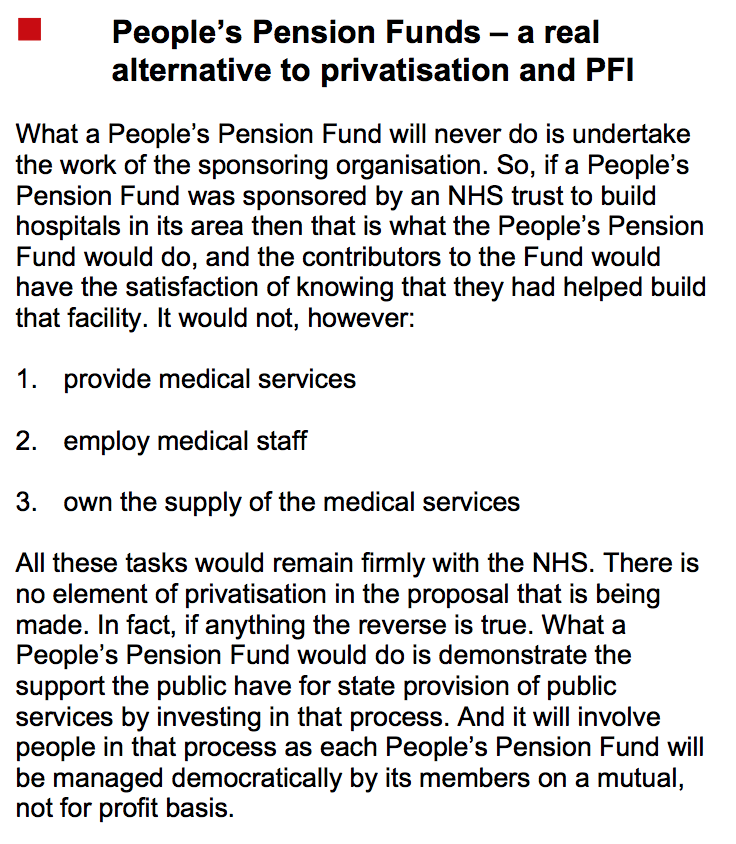 So, if there is a need to demonstrate that there might be a real market to match that for the funds to be subject to PQE this might be it.

After all, what is better? Investing your pension in speculation in stock exchange companies with high risk, money grabbing CEOs, low rates of innovation, high charges and no long term view amongst the lot of them or in building social housing, hospitals and schools where the funds are used to provide facilities that you, your family and community will benefit from both now an in retirement?

I still think the option should be on the table. Maybe it is an idea whose time has come.