The UK is the most unequal country in Europe

The EU has published a new report on living and working conditions in the EU member states. The focus is on wage and so income distributions.

The summary chart might be considered to be this: 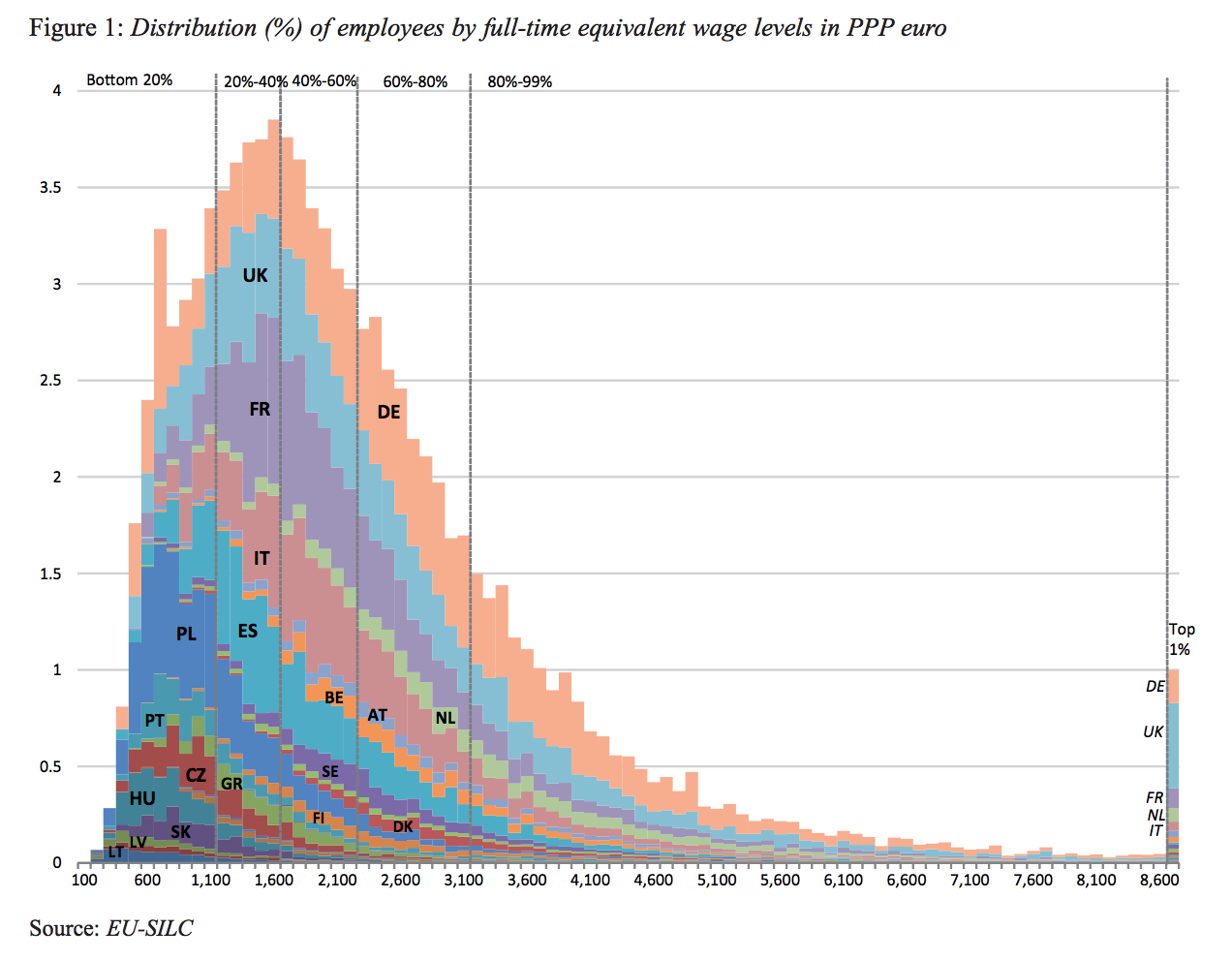 Of this chart the report says:

The UK is remarkable for its polarisation: it accounts for a very significant portion (nearly half) of the top 1% of wage earners in the EU, and yet it also has a substantial presence in the bottom two quintiles.

In fact this is the message of the whole report. Take these other, selected quotes:

The share of employees who changed jobs in the year used as reference for the income variables is 8% (ranging from 14% in the UK to 2% in Romania).

We appear to have less job security than average.

The results show a general increase in wage dispersion over the past three decades in most European OECD countries, especially the UK and some Central and Eastern European (CEE) countries such as Hungary and Poland. By contrast, wage inequality narrowed in France and Spain

So wage inequality is increasing here.

The UK is an outlier. That cannot be by chance. It isn't, as the stats show:

According to the analysis, the level of wage inequality in the EU as a whole is below that of the US and the three most unequal countries in the EU — Latvia, Portugal and the UK — when wages are measured in terms of purchasing power parity (PPP). The Gini index for wages in the EU as a whole is 0.346 (for full-time equivalent wages measured in PPP), while the comparable measure for the US is around 0.4, and in the UK, the most unequal EU country, it is 0.404. The majority of EU countries have Gini values for full-time equivalent wages well below the overall EU figure.

The UK is the most unequal country in Europe and this is at least in part as a result of what has happened since 2008.

I suspect it will be much more obvious by 2020. Which is why I will continue to argue for a better deal for those who need it in the UK.