I loved a paragraph in the Treasury's leaked briefing to Tory Treasury ministers last year. It was written when officials were asked to consider the policy the Tories have now announced of allowing homes worth up to £1 million be passed on death to the children of the person who has died. They said: 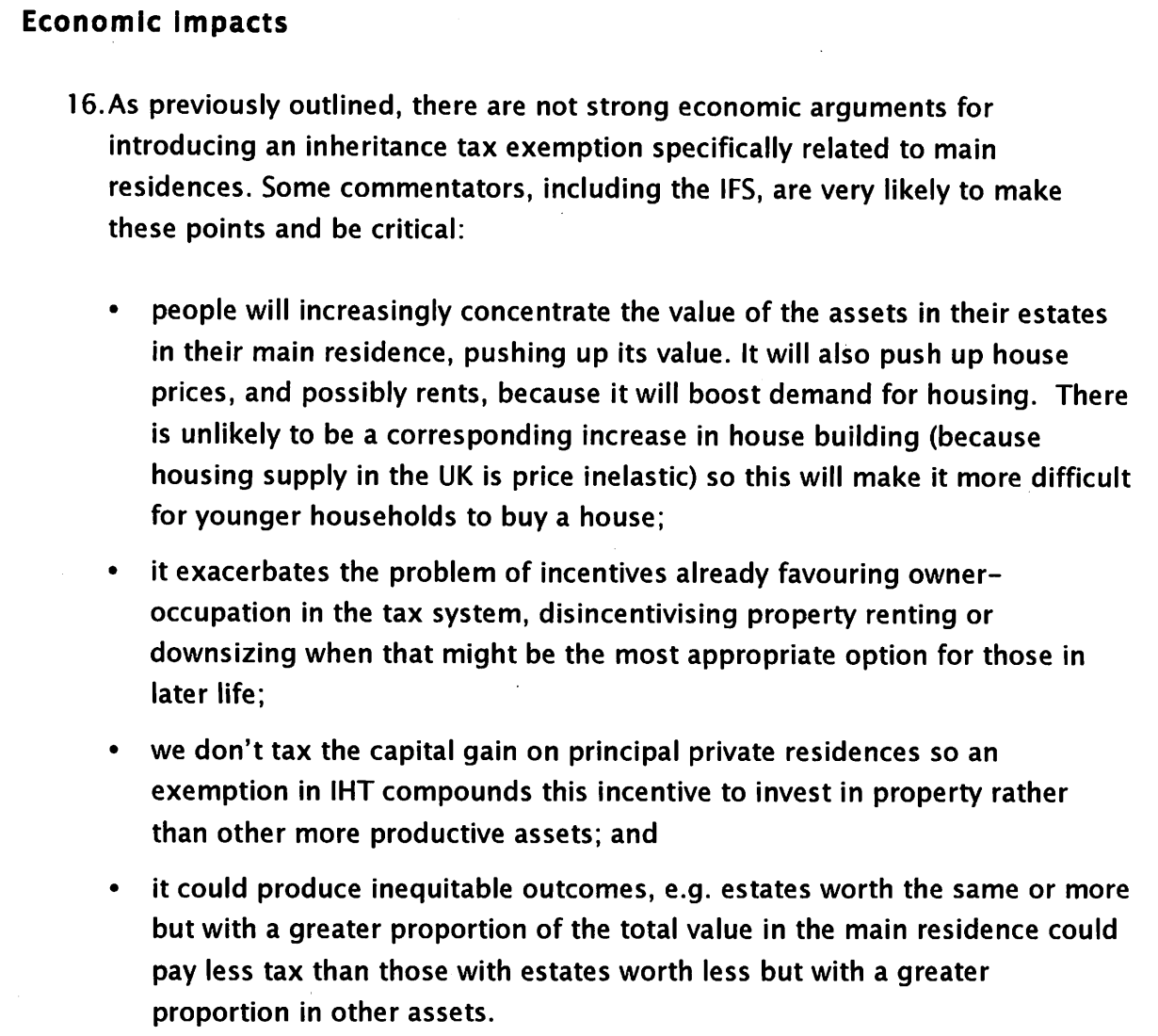 These are perverse outcomes, to say the least. It is inherently obvious from the comments that the reforms are inequitable. But the Tories are proposing them anyway.

This is also despite the fact that, as the IFS does point out, the relief and its eventual withdrawal will create a perverse 60% marginal IHT rate for estates worth more than £2 million: 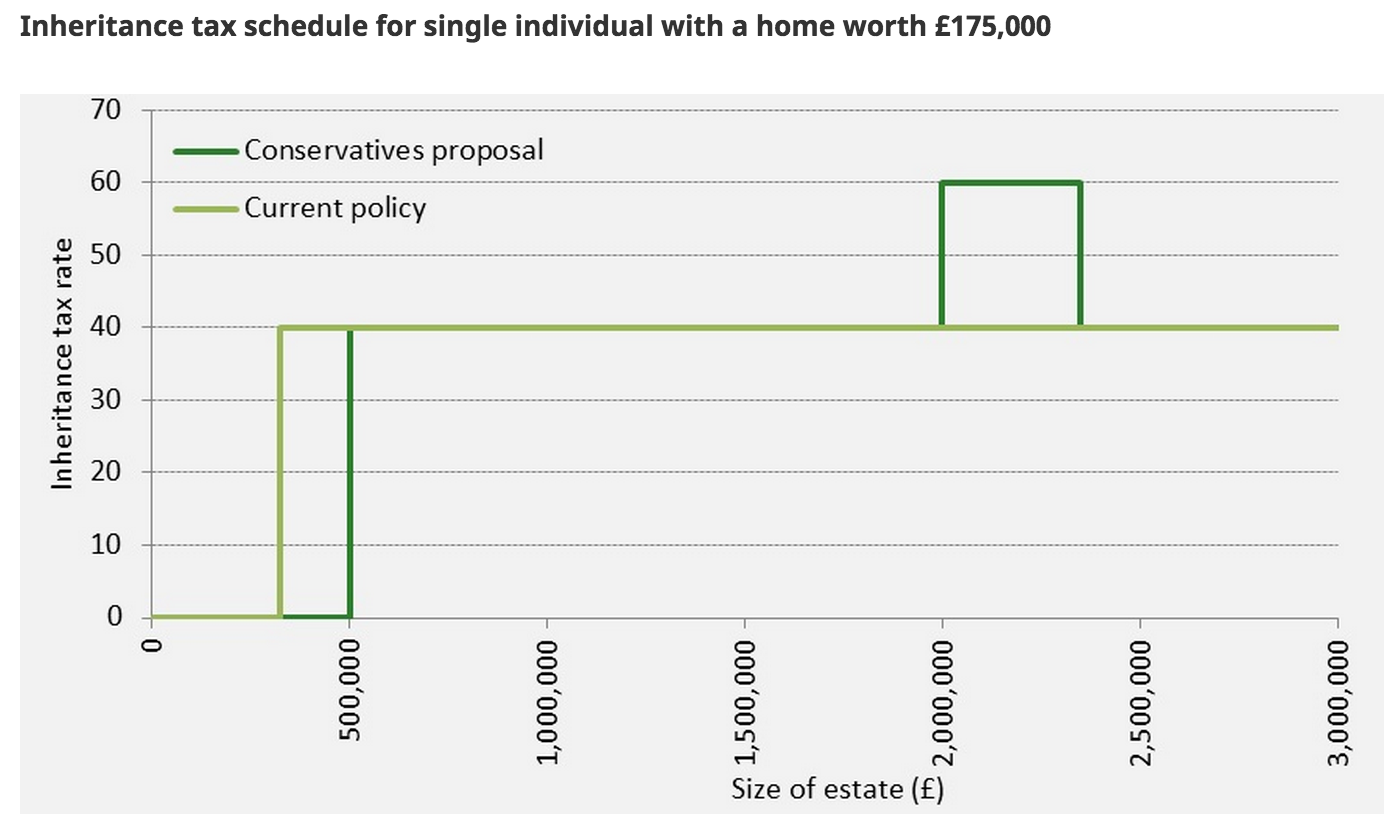 This is the outcome of seeking headlines, and not sensible tax reform.

And the relevant point is that this also comes from tinkering with a tax that the Tories instinctively don't like (you can tell that because UKIP would abolish it) but which they know they cannot get rid of because, despite the clamour of a small, noisy, few who would be rid of it, the majority of the population know that to tax wealth is not just right, but necessary.

You don't have to have read Thomas Piketty to realise that there is a growing, and serious, problem arising from wealth inequality in the UK. It's a problem that means that inherently (literally) some are advantaged over others, which then exacerbates the likely consequences of income differentials in favour of the wealthy that will follow. I am not saying those who enjoy those advantages need in any way to be punished because that is not true.  I am simply saying that the fact is that the inequality of our current wealth distribution harms everyone by denying those with ability but without advantage the opportunity they deserve, and because capital concentrated in the hands of a few tends to be invested unproductively in asset speculation and not in innovation, which is precisely what is happening in the UK. The result is slow growth and stress in society which harms all, including the wealthy.

But what is beyond dispute is that we need to have a tax on wealth to encourage its diversification and redirection into productive use and what is clear is that having a political narrative that denies this is deeply unhelpful to the UK and its economic prospects.