I am pleased to see that PWC have published a new report that they suggest is up to date to August 2012 on the subject of tax transparency and country-by-country reporting. That could not be clearer from the cover: 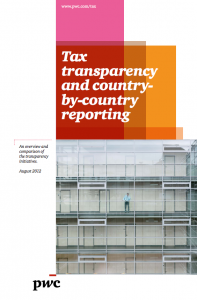 The report is split into a number of sections. Inevitably the focus is on the extractive industries given the significant demand for reforms in these sectors in both the USA, where new legislation demanding some transparency for this sector is now in force (but subject to legal challenge from some of the world's largest oil companies including Esso, Chevron and Shell with BP sitting on the fence) and in the EU where broadly similar legislation is expected later this year.

I do of course welcome that legislation and the attention that PWC are giving to it: I wrote the first ever report suggesting that such transparency should be delivered in the extractive sector using accounts back in 2005. 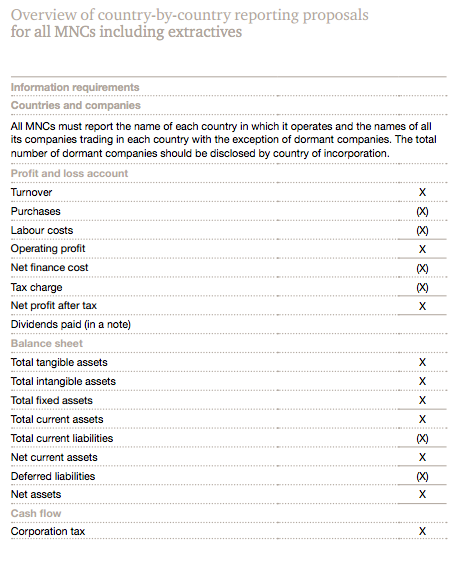 They also note that the rules for disclosure would apply as follows: 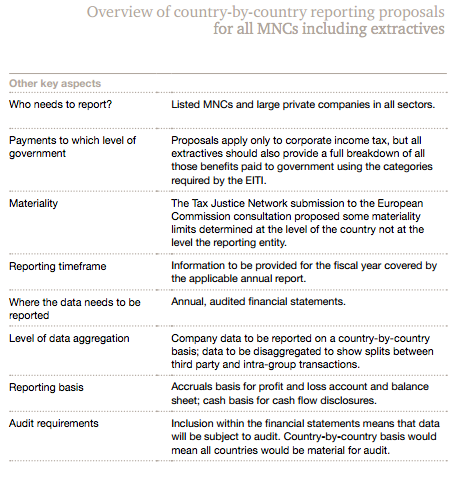 As they say in their introduction: 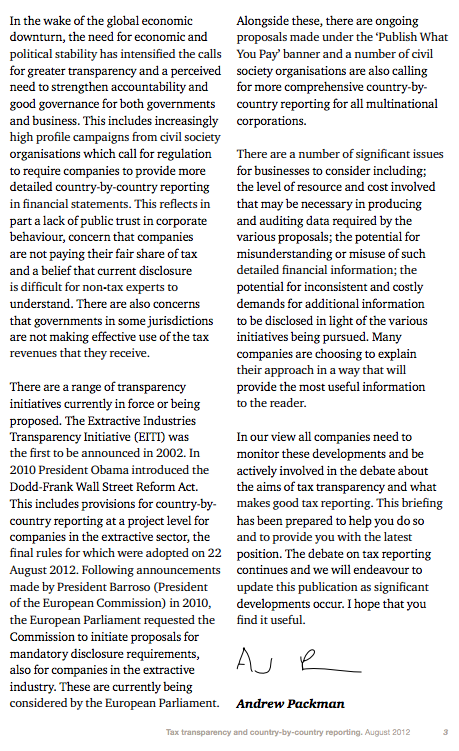 It's good to notice they're taking this seriously. For the first time ever civil society is setting the agenda for accounting reform, and it's likely to stay that way. Accountants have to wake up and notice.

In the meantime, here are their sources for country-by-country reporting:

They're here, here, here, and here. I'd suggest, as author of them all, that the first and third are now out of date. The second is important and the last the most comprehensive.

So, what's the relevance of all this? Simply that at last accountants are taking this issue seriously, having opposed it for too long.

I'd suggest it's also time they now began to begin talking to us seriously about it too. Pretending we'll go away is no longer an option.