Sometime soon you will have consented to Brexit whatever you might think: the Brexiteers will deem that you did so

I know this has been mentioned in the comment section of this blog before now, but this is from the EU Withdrawal Bill and discusses how the Scottish parliament can give consent to certain actions relating to Brexit. Pay particular note to para 4: 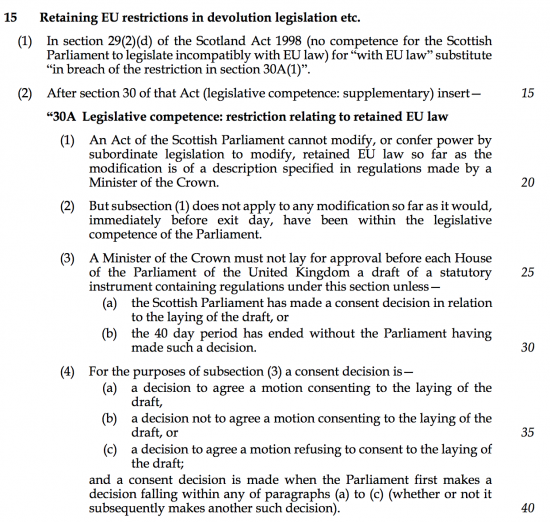 Paragraph 4 shows why a Tory minister can never be trusted again. Whatever the Scottish parliament does it is deemed that they consent to Westminster's action. They don't even have to discuss the draft; they are deemed to have consented to it anyway.

This is not just an Orwellian nightmare, it is a full frontal assault on the Scottish parliament, on devolution and democracy itself, both at Westminster and elsewhere.

And some wonder why those who promote Brexit are not trusted? This is all the evidence required of their deceit, if it were needed. I assure you, you will find out soon that you have consented to Brexit (and much more) whatever you might think you may have done: they will have deemed that you did so. And that's all the evidence they will think they need.

Woe betide the thought police if you dissent then.