Article 50 amendments: it should be a deal or we stay. No deal should not be an option

Jolyon Maugham has noted that the Lords seem inclined to pass one of the two following amendments to the Bill permitting Article 50 to be triggered: 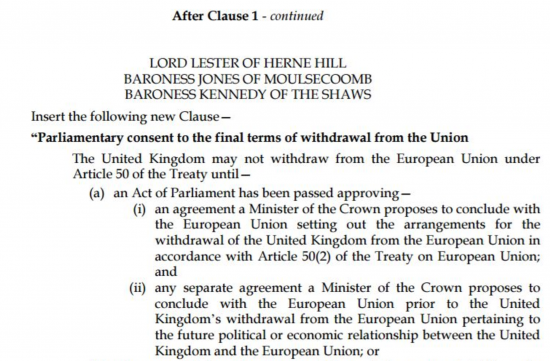 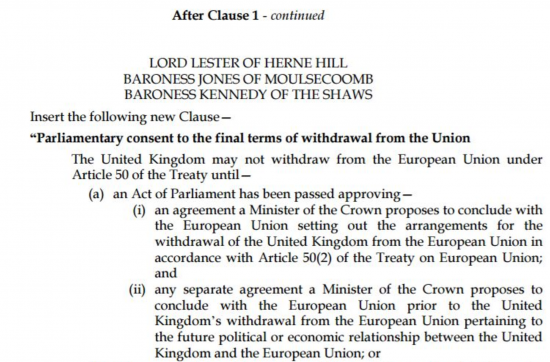 Please note both of these are extracts of what I think are the key elements for my argument. Jolyon then argues that he thinks these clauses miss the point and suggests instead another amendment saying: 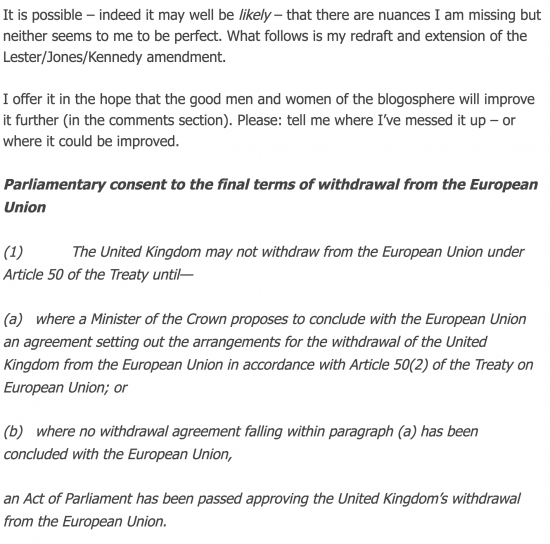 It's not often that I think Jolyon misses the point, but I think he has here. The merit of the first two amendments, on of which may well go through, is that they do not seem to have an equivalent of his clause 1(b). In other words they do not provide the option of the Prime Minister leaving without a deal, but Jolyon does. I do not think no deal should be on option on the table: it's either a deal or stay that is required. In that case I think Jolyon's amendment may be much worse than those being considered and I rather hope no one tables it.

Any thoughts? Or corrections?