Oxfam has what I think to be a major new report out today. This is the cover, which tells its own story: 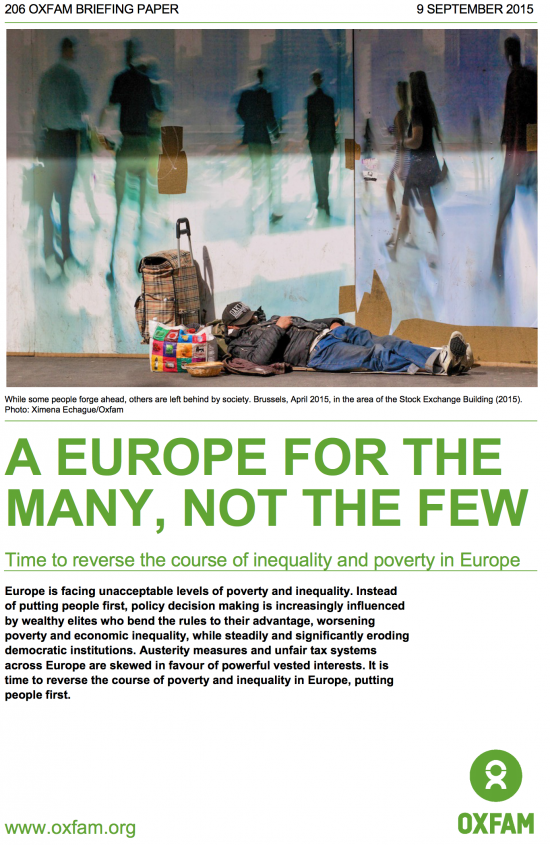 And these are the recommendations: 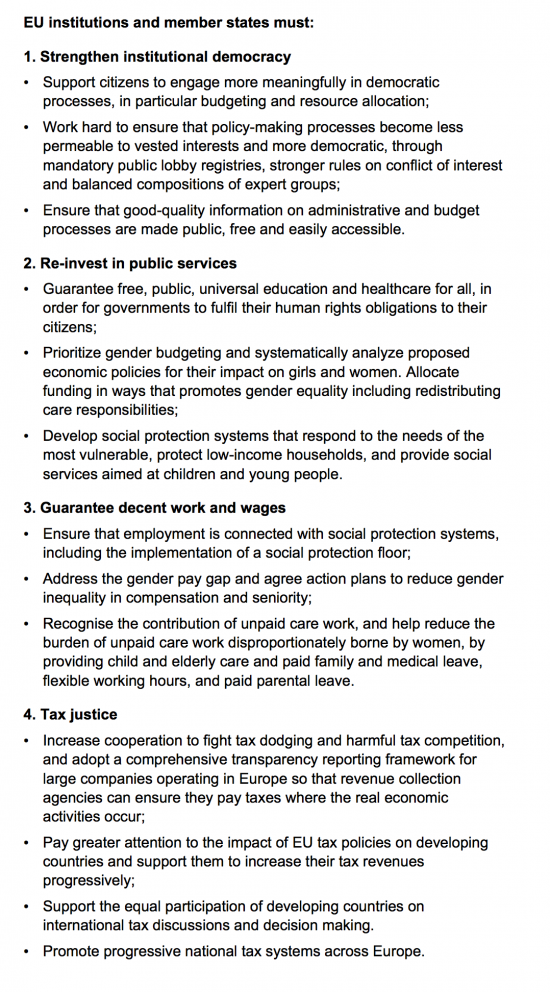 I warmly endorse these calls.

I make clear that it is absolutely right that a poverty dedicated to the relief of poverty should, and should have the right to, say such things.

I believe it essential that these things happen.

And let me stress how it might happen. As Oxfam note in the report:

Poverty in the EU is not an issue of scarcity, but a problem of how resources — income and wealth — are shared. Credit Suisse estimates that the richest one percent of Europeans (including non-EU countries) hold almost a third of the region’s wealth, while the bottom 40 percent of the population share less than one percent of Europe’s total net wealth. In other words: the richest seven million people in Europe have the same amount of wealth as the poorest 662 million people (including non-EU countries).

We need to commit to it, unreservedly.