I’m honoured to be followed by Harry Leslie Smith

I got a real buzz out of discovering I had a new Twitter followers last night.  I admit  I get new Twitter followers, it seems, every day in which case that might seem an odd thing to say, or something that is a little disrespectful to the rest, but I hope you will forgive me because my new follower  announced his presence like this: 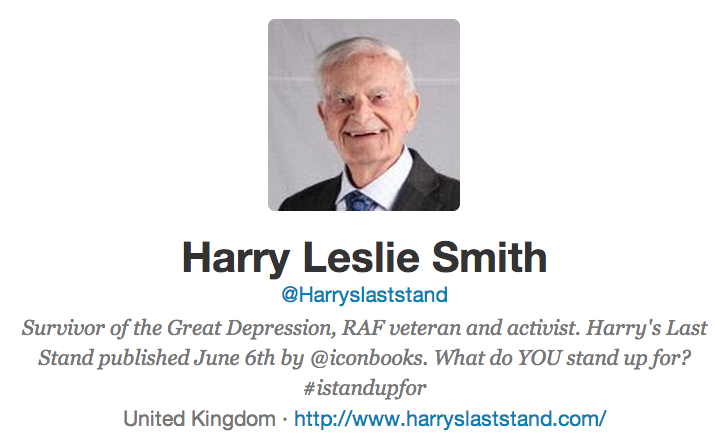 Harry Leslie Smith is 91. And he's a phenomenal writer and campaigner. Just read his latest article on the Guardian, here.

And now he's written a book - which I have on order. As he has said to The Nation:

As one of the last remaining survivors of the Great Depression and the Second World War, I will not go gently into that good night. I want to tell you what the world looks like through my eyes, so that you can help change it.

I hope I feel like that when I'm 91 (which I fully intend to be: that gives me 35 years campaigning still).

I'm honoured to be followed by Harry Leslie Smith.