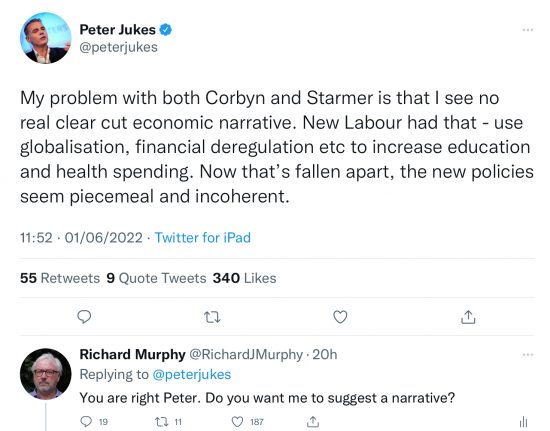 Peter is the executive editor of Byline Times, of which I am a fan.

We are now in discussion about my offer.

A vision for the left in 1,000 or so words that can be readily understood? There’s a challenge. That, and work on my behind schedule book are my weekend homework.