The essence of the story is quite simple. In an effort to save cost a decade or so ago, linked to an effort to undermine public service, the National Audit Office lost its contract to audit all local authorities in the UK, and those audits were put out to tender. The consequence was a massive downward pressure on price. Rather oddly, a market did also not develop. The services are now dominated by one firm, which is Grant Thornton, as the Financial Reporting Council noted this year: 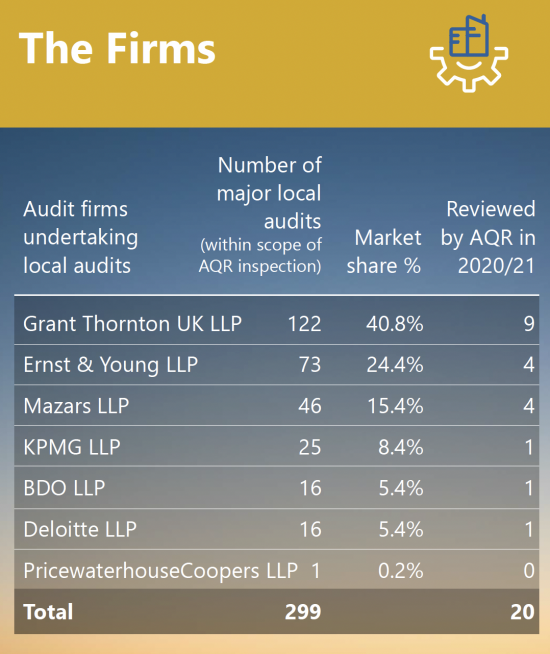 Whatever the cause, the FT notes that just 9 per cent of England’s local government bodies had published audited accounts for the 2020/21 financial year by the statutory deadline at the end of September 2021. However viewed, that is a spectacular regulatory failure which the involvement of market players has clearly failed to solve.

This matter is for three reasons. First, that is because of the lack of accountability. Second, once failure becomes endemic systems fail. Third, in the case of local authority audit, systems failure is also likely because unlike the audit of private sector concerns the audit of government is much more comprehensive and does, for example, consider issues like value for money and systems effectiveness. If those reviews are not taking place then there is real risk of failure.

The failure of the local authority audit market is clear indication of the failure of outsourcing. Pounds paid are neither an indication of quality or of efficiency. That is true of most things of life, but it is most especially true when it comes to something so fundamental as a basic control system that is integral to the smooth operation of a major part of the process of government in the UK. Systemic failure is now apparent in this market. Tinkering at the edges cannot solve that crisis. The time to bring local authority audit back out of the control of the National Audit Office has arrived.