The Tories have sewn the country up so that corruption might continue. No wonder we are in trouble.

We are living under a corrupt government. Since it would seem that every UK newspaper now thinks so, I think we can take that as being a fact.

Despite that, Labour has, if it looks at the right poll, a 1% lead in the opinion polls. Instinctively that would seem to be profoundly wrong. So there has to be an explanation.

There are. Just two will do. One is populism, which is the Brexit narrative. I have already suggested that I think this might fail when it becomes apparent that Johnson did not have an 'oven-ready deal', but I am aware that by no means everyone agrees.

Then there is something else, and that is that some people are doing very nicely out of Brexit. Those people who are dining well are not working for a living. This chart is from the Resolution Foundation: 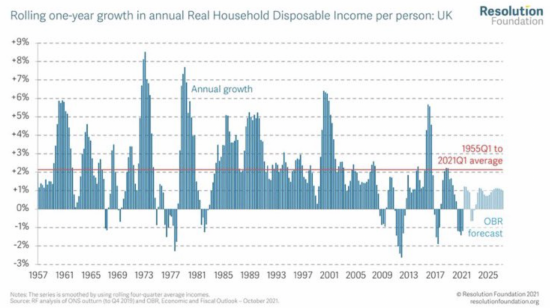 As is very apparent, working for a living is becoming less rewarding, with fewer prospects of change and much greater risk of volatility associated with it now. Those who have to labour to survive have not done well since 2008. Austerity has been very harsh on them. Nothing looks like changing.

But that, of course, is not the whole population. Some own wealth. I stress, some. The latest wealth data from the Office for National Statistics is old, relating only to 2018, but shows this distribution: 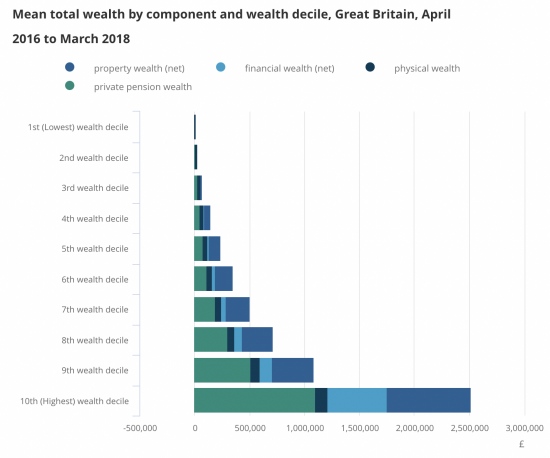 As we all known, wealth is heavily distorted in its distribution and the top decile enjoy a massive bias in their favour. 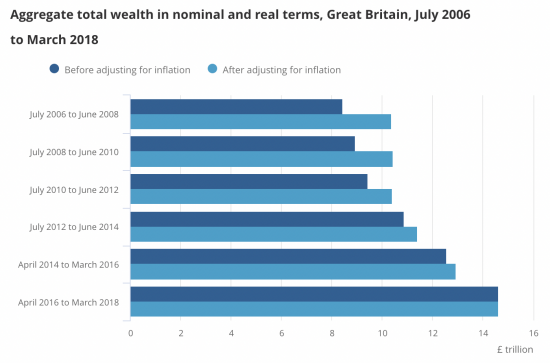 After allowing for inflation, during the decade when incomes stagnated the wealthy did very well indeed.

This continued during Covid. This is also Resolution Foundation data ion increases in wealth during the Covid period: 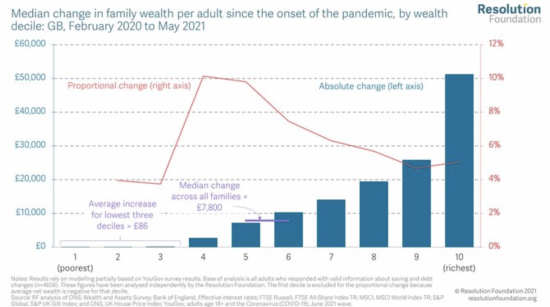 Those already wealthy did very nicely from the quantitative easing inspired booms of the Covid era.

None of this is by chance. Look at the breakdown of wealth, from the ONS: 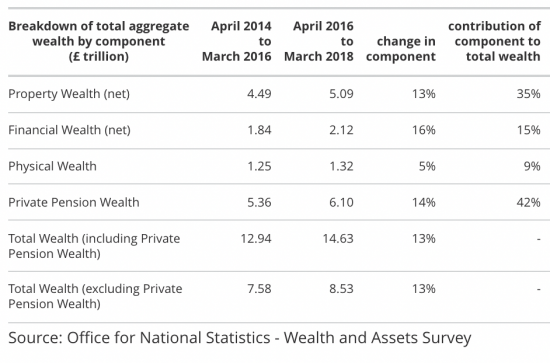 Pension wealth is boosted by £55 billion of pension tax relief a year: welfare for the well off is very popular.

The wealthy are wealthy in other words because the government is doing all it can to make them so.

What to do about this? Start talking about it for a start. But then there must be an appreciation that this has to change. Electorally though that will be hard. The Tories have sewn the country up so that corruption might continue. No wonder we are in trouble.