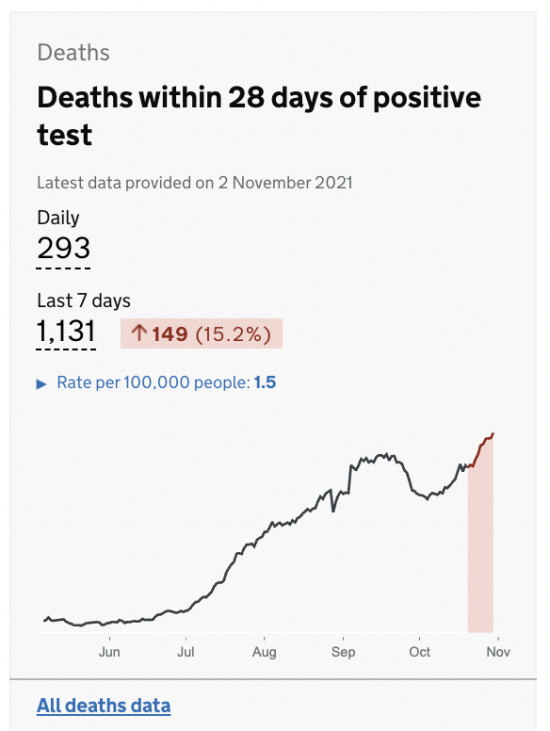 Using deaths by week data and adding that for the last equivalent week of October as reported by day the following chart can be produced for August, September and October 2020 and 2021 with some tolerance for the data source being made): 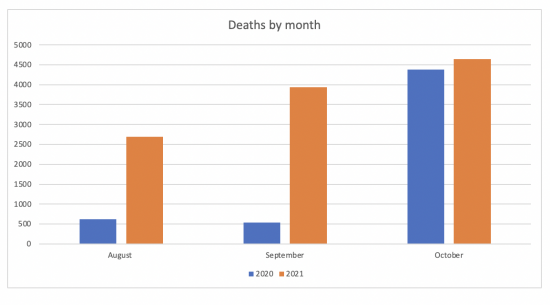 Matters are getting worse, albeit maybe not at quite the same rate as they were in 202o, as yet. But the trend is very much the same, and the start point worse.

Anyone who suggests that an economy facing this scenario is beginning a new era of optimism is talking nonsense.

I suggest that the likelihood of recession is uncomfortably high.