Doctors are fighting back against populism – and so should others

It seems to me that this statement from the British Medical Association, issued yesterday, is worth sharing in full: 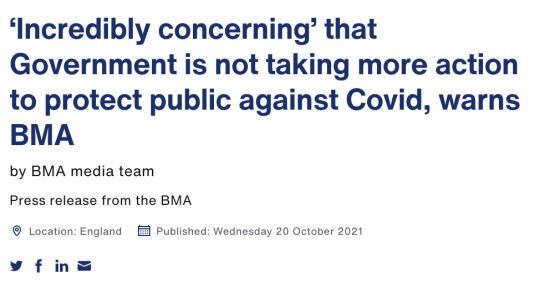 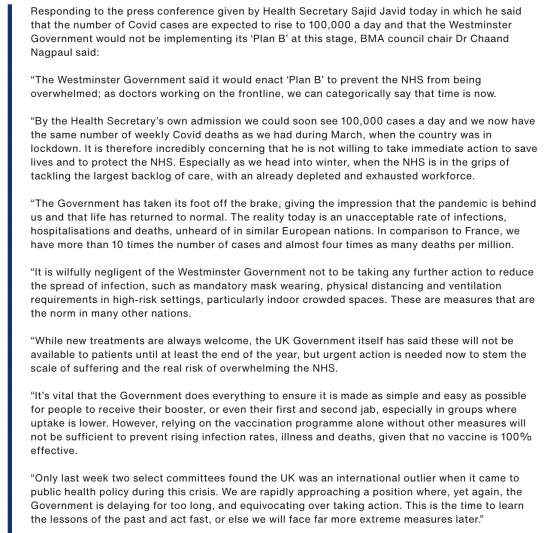 The political significance of this can't be overstated. To date the medical profession has been notable for its quite remarkable compliance in the face of the problems created by government inaction.

Doctor after doctor has also been willing to go onto television and say things like 'The NHS will always be there for you' when that is not true because the government's policies guarantee that it cannot be.

This is vital. Doctors are now learning that they are being scapegoated by ministers. Worse, they know that ministers are deliberately turning the public against them. Many are suffering abuse, or worse, as a result. There is only one reasonable response to this, and that is to counter-attack, and often.

We live in a political environment where ministers are deliberately choosing to do nothing because they want to deny that the state has the power to act, even though it can, and should. In place of action they set up people - usually experts if migrants are not available for this purpose - to blame for the consequences of their inaction. It is time for all - migrants, experts and others - to fight back and say that the failures of government are its alone to account for.

I think we will be seeing this happen much more often now.  The NHS is our biggest employer, and rightly so. Very few people do not know someone who works for the NHS. As a result they will hear the stories that those NHS employees will be telling of how impossible it is to cope with the demand that has arisen through no fault of their own, and of the abuse that they are getting as a consequence. My hope is that populist narratives tackled now will not survive the telling of the truth.

It is only a hope. But it is one that we have to believe in right now.