My column in The National this week came out last night instead of being in its usual Friday slot: 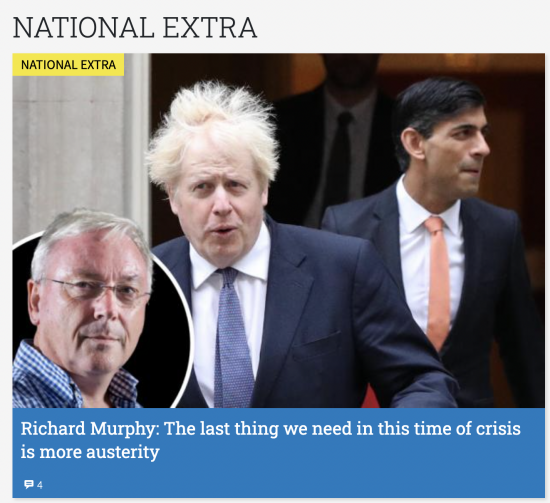 One big issue that is looming on all our horizons at present is politicians’ newfound enthusiasm for what are called fiscal rules. Like so much else in economics, the term ‘fiscal rule’ is not what it seems. It’s meant to convey order. What it actually means is that the person promoting the rule intends to balance the Government’s books so that government expenditure is equivalent to it tax income.

And as I point out:

Labour are not alone in saying this though. The Tories already have such a rule. They might have abandoned it during Covid, but Rishi Sunak is set to restart using it in his budget to be announced this month. And just in case there is any doubt about it, this is also logic that underpins Andrew Wilson’s Growth Commission Report for the SNP, which is the best indication of that party’s thinking on this issue.

In other words, we are in trouble on all fronts. The ability of neoliberal economics to crush the lifeblood out of an economy and the people of a country has not ended as yet, and all because our politicians refuse to engage with the economic alternatives that really do exist and which so obviously work. One day we will have politicians that do that. But not yet it seems.
Donate
8