A year ago Keir Starmer was saying this: 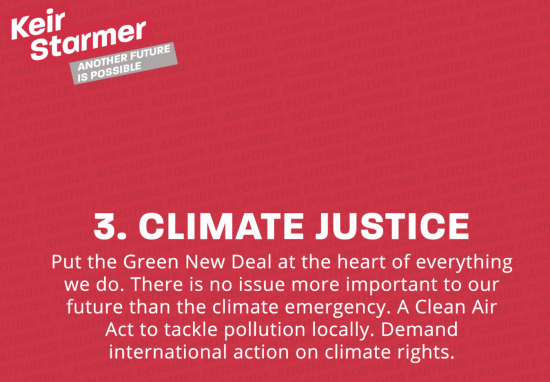 Now, as I mentioned yesterday there is no mention at all of the Green New Deal in his new vision statement.

There is speculation that this is to keep the GMB happy. Apparently, that's more important than keeping his word, or sticking to the need to deliver a comprehensive deal on sustainable energy (which the GMB don't like as I understand it because of their pro-nuclear policy).

Starmer really does need to prove he can keep to his word. I am far from being the only person dismayed by this.