Nationalisation is possible, when it’s in defence of nukes

The FT has reported that:

Sheffield Forgemasters, one of Britain’s oldest steelmakers, is to be acquired by the UK’s Ministry of Defence for £2.5m as the government firms up its control of vital aspects of the country’s nuclear industry supply chain.

As they also note:

The deal paves the way for up to £400m of investment over the next 10 years by the MoD to replace equipment and infrastructure at the steelmaker, which has been struggling financially for years.

That the company was unable to make such an investment is not surprising. The most recently filed group balance sheet shows serious short term financial stress: 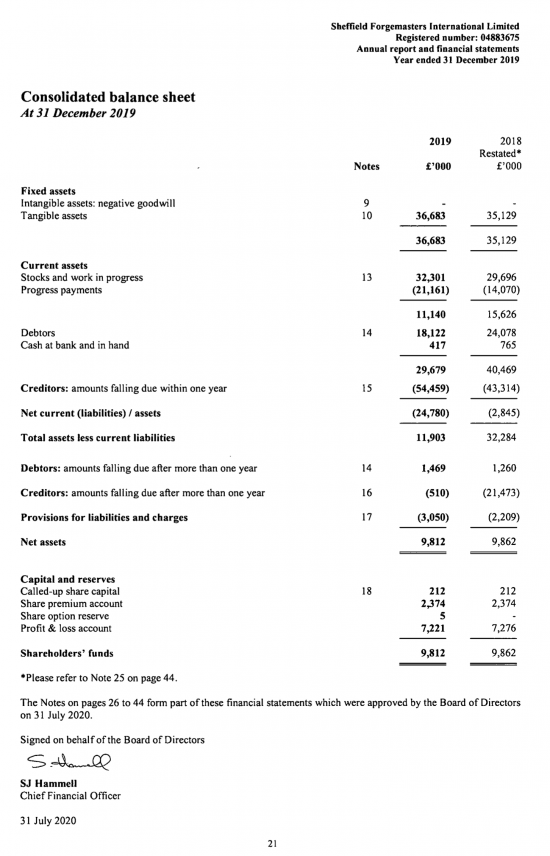 That figure for net current liabilities is not pretty.

But. there are serious questions to ask here. First, never let it be said again that strategically important companies cannot be nationalised in the public interest.

Not let it be said that the government cannot decide who should be winners and losers in our economy.

And come to that, never let it be said that investment to secure important government goals is not possible, because it very clearly is.

In other words, let it now be said, loud and clear, that nationalisation is definitely on the agenda, at least when it suits the government.

But in that case, also ask what this government is really about, because it is not the promotion of the standard Tory agenda. Instead, this company was acquired to preserve nuclear capacity. So what we learn is that the forces of oppression can be supported by the state, but maybe not much else can be.

What does that say?