I read this on Facebook not very long ago: 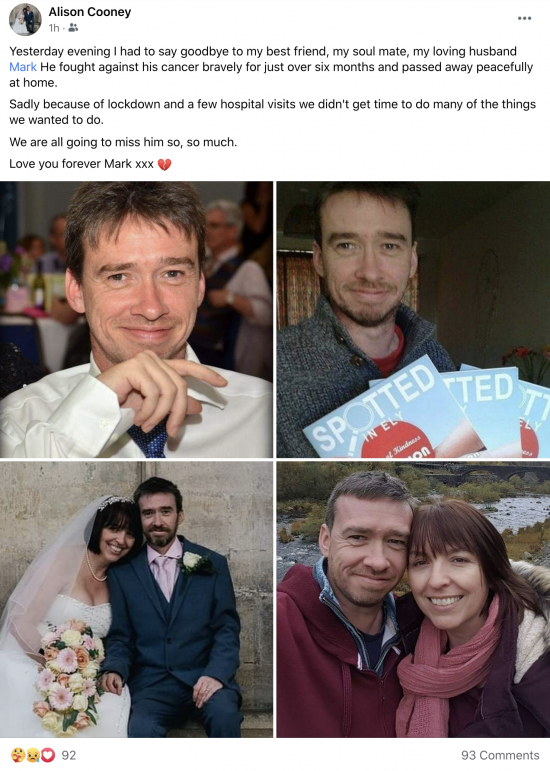 I am saddened by Mark's death. I only met him for the first time a little over a year ago. He heard me give a talk on Zoom during the first lockdown and suggested I should be making Youtube videos. And that is exactly what we then began to do. My video channel exists because of Mark. I know it's been quiet for the last couple of weeks because of the pressure of other work, but it was his idea and I am really pleased we did it.

It was surprising fun to work together, which was a mutual feeling we both expressed. We were different characters from different backgrounds, but mutual respect was there from the start and quite simply I learned a lot from Mark, and much enjoyed his company.

Last November he told me one morning he was not feeling well. I have been married to a doctor for more than two decades. The result is that on occasion I get an awkward feeling when someone says they may not be well. I called my wife and relayed what Mark had said. She told me to make sure he got to hospital as soon as possible. He did. He had a septic liver, and needed very urgent treatment.  I will always be grateful that I had that awkward feeling: his GP had told him to wait to go until he had been able to have a Covid test, and that could literally have been fatal.

The trouble was Mark was found to have cancer. He was angry for a few days. We talked quite a lot about that. Then he got on with the rest of life, including marrying Alison in Ely Cathedral, for whom he also did video work.

I last saw Mark a few weeks after he married. It was clear he was quite unwell. The spirit was all still there. The happy husband, the proud dad, the guy who loved his community and did a lot for it. But it was going to come to an end, and sadly it now has.

I am pleased to have known, to have worked with, to have learned from, and have just got on with Mark. I hope he rests in peace. My condolences to Alison and his daughters in particular. He left all of us far too soon.