When the bankers to the world’s wealthiest people think inequality is out of hand surely it is time to act? 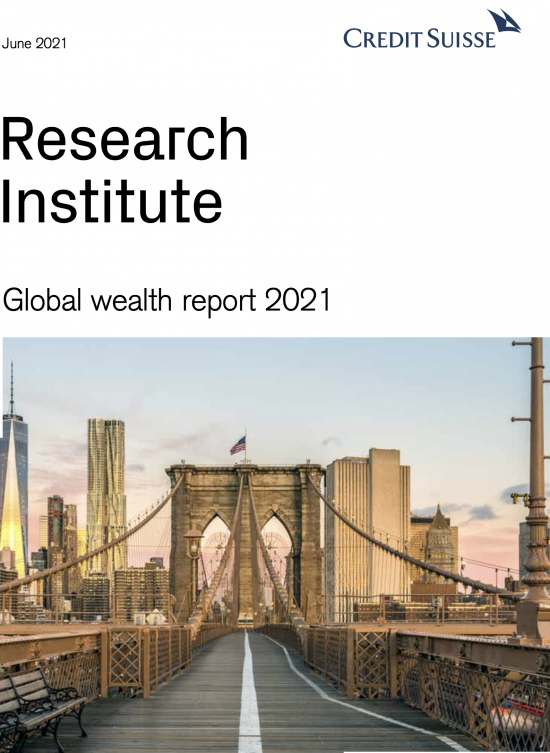 There is one message that needs to be noted from the report, above all others. It is this:

[B]earing in mind the widespread economic disruption, household wealth and macroeconomic indicators seem to be on different trajectories. Stranger still, countries most affected by the COVID-19 pandemic have often been those recording the greatest gains

in wealth per adult. The contrast between what has happened to household wealth and what is happening in the wider economy can never have been more stark.

We believe the core reasons for this disconnect are clear. Many governments and central banks in more advanced economies, anxious to avoid the mistakes made during the global financial crisis, have taken pre-emptive action in two primary ways: first, by organizing massive income transfer programs to support the individuals and businesses most adversely affected by the pandemic, and second, by lowering interest rates — often to levels close to zero — and making it clear that interest rates will stay low for some time.

There is little doubt that these interventions have been highly successful in meeting their immediate objectives. However, they have
come at a great cost. Public debt relative to GDP has risen throughout the world by 20 percentage points or more in many countries.
In essence, there has been a huge transfer from the public sector to the household sector, which is one of the reasons why household wealth has been so resilient. In one respect, these transfers overcompensated households. Generous payments have meant that disposable household income has been relatively stable and has even risen in some countries. In combination with restricted consumption opportunities, this has led to a surge in household saving, which has inflated household financial assets and caused household debts to be lower than they would be otherwise. This increase in savings was an important source of household wealth growth last year.

In short, there is nothing in the chart (below) to suggest that the economic upheaval in 2020 bore any resemblance to that experienced in 2008. Household wealth appears to have simply continued on its way, paying little or no attention to the economic turmoil that should have hampered progress. 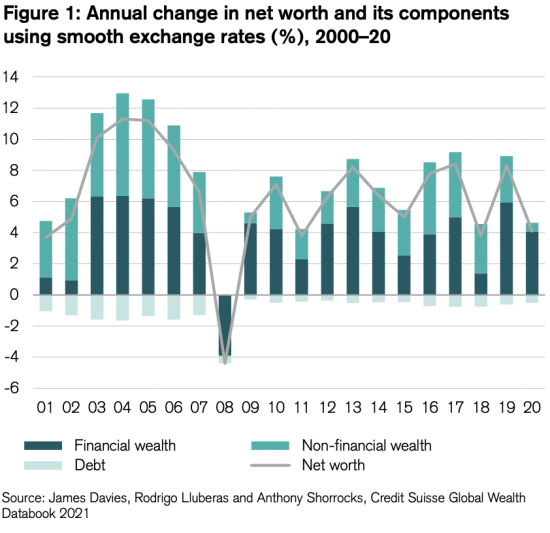 I agree with this analysis. As I have been arguing for some time, what this means is three things.

Second, the capacity to tax wealth has grown considerably, and it was already enormous, as I have shown here.

Third, to address the issues arising from this we need an urgent programme to increase the taxes on wealth - not because the government needs the money, which it does not - but because this inequality is deeply harmful to society. I have set out such a programme, here.

This is not least because the problem is more acute in the UK than in some other countries. As Credit Suisse say:

The evidence so far has documented the fact that household wealth has been extremely resilient to the adverse economic conditions. Even so, wealth outcomes would be expected to be more subdued in countries with worse macroeconomic outcomes. This does not appear to be the case, however. Indeed, there is a hint that the countries facing the biggest economic challenges have achieved higher-than-average wealth gains.

This chart illustrates the point: 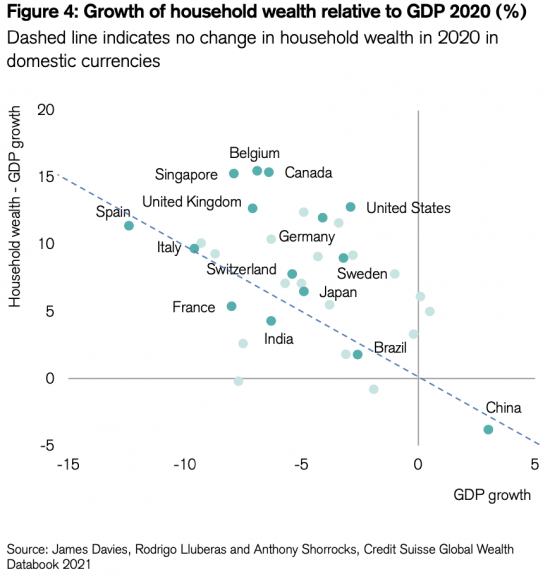 We have had a major economic shock and above-average wealth increases in the UK. The inevitability is that we have above-average increases in inequality as a result. This is the moment to address that. When even the bankers to the world's wealthiest people agree surely it is time to act?