It's despairing because she is clearly placing a marker in the sand to say 'I told you so, and I was right'.

And it is despairing because the consequences of the government getting Covid wrong again, despite the warnings, are so significant.

And it's despairing because the lessons of previous outbreaks have clearly yet to be learned, which by now seems unforgivable.

I am sharing part of that thread. I am missing the documentation by her of why she was right all along - which is long and important because it shows that the right advice is being offered, and ignored. I will instead share the elements on the crisis that we are now in: 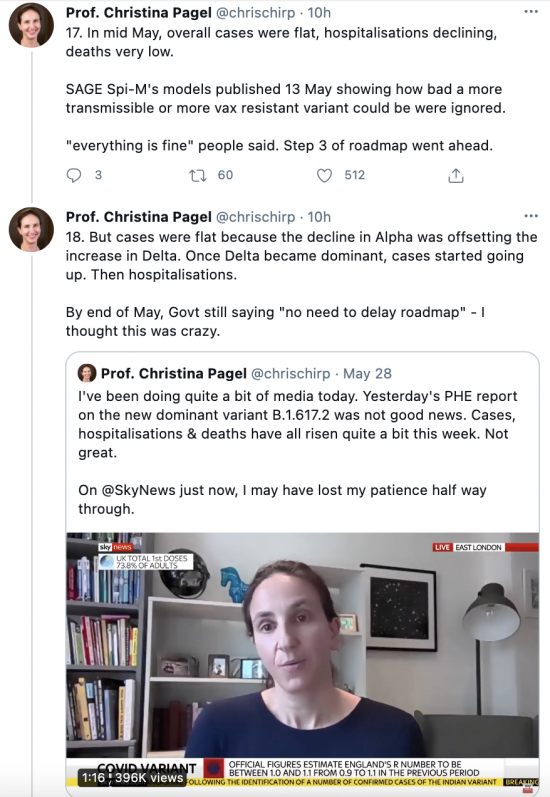 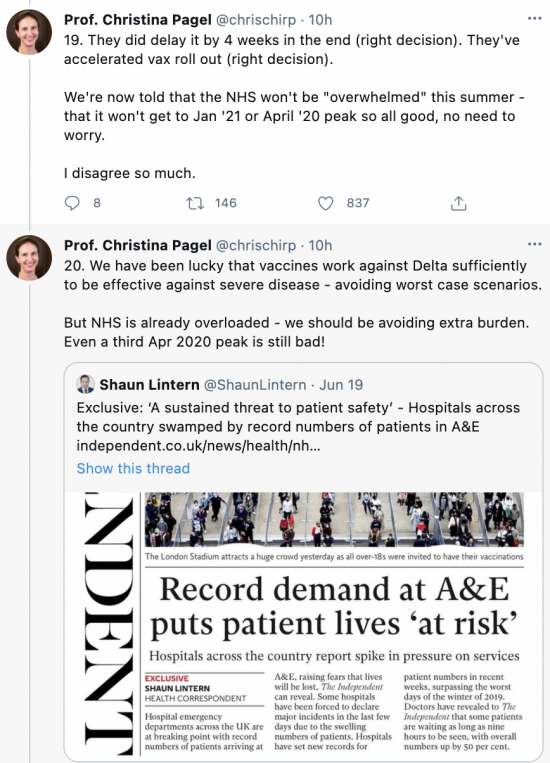 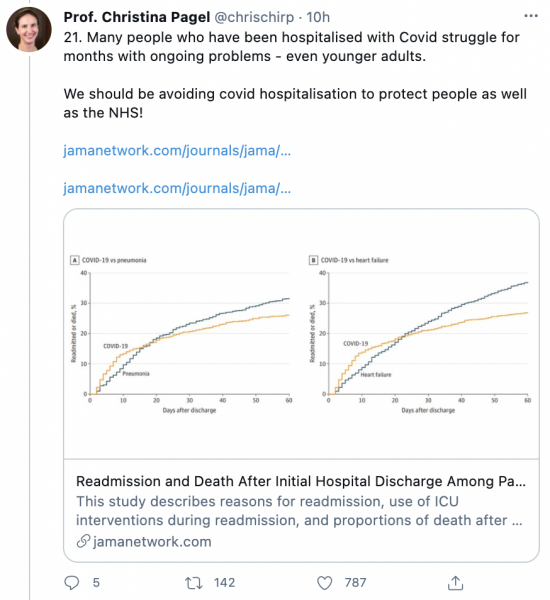 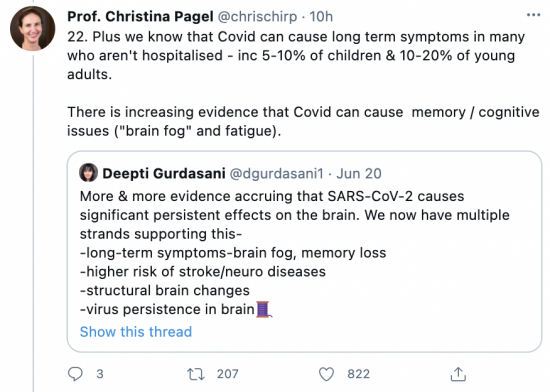 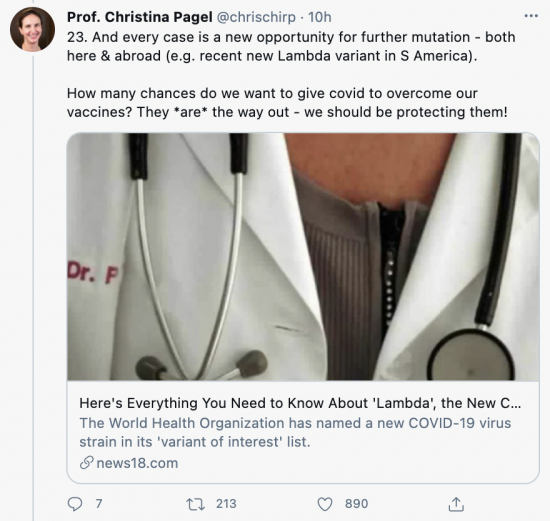 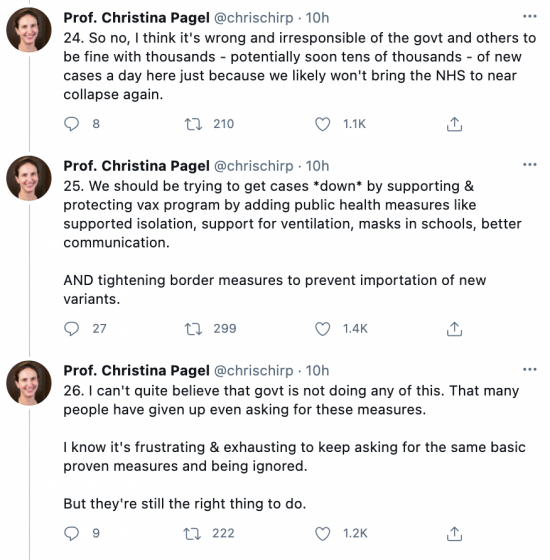 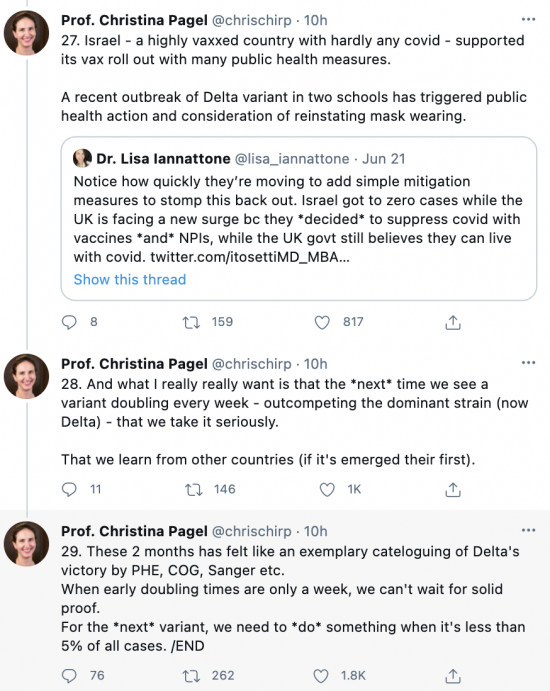 I guess I sense Prof Pagel's despair. She knows the truth. It is there to be seen. It obviously needs acting upon, and it isn't. Why not despair at that when people suffer as a result?

It's a bit like watching politicians say that we must repay the national debt when there is absolutely no reason to do so and people will suffer as a result. You know they are wrong. It is glaringly obviously that they are wrong. Why not despair at that as well?

For how long have people got to suffer because of the ignorance of our politicians?