When will we learn that Covid’s not over yet?

The government published new data on R - the rate of spread of Covid 19 - on Friday. 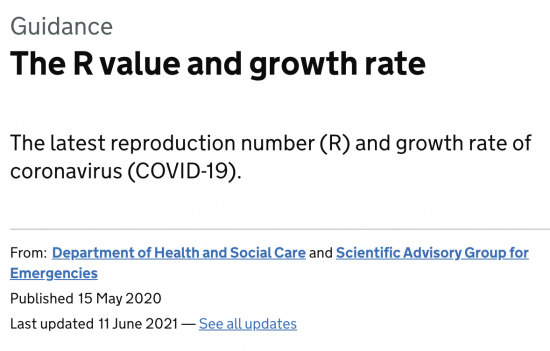 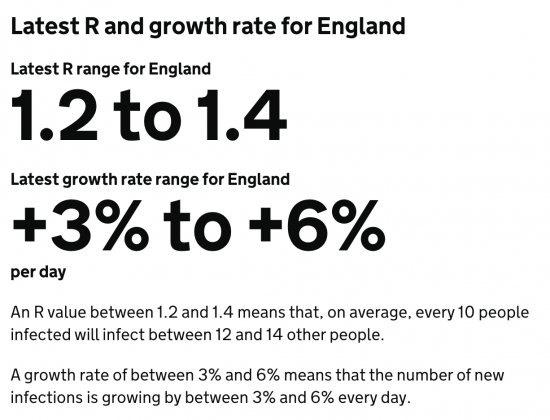 I was amused by the plain E£nglish interpretations, but they are relevant.

This is what growth rate of 3% means in terms of case growth: 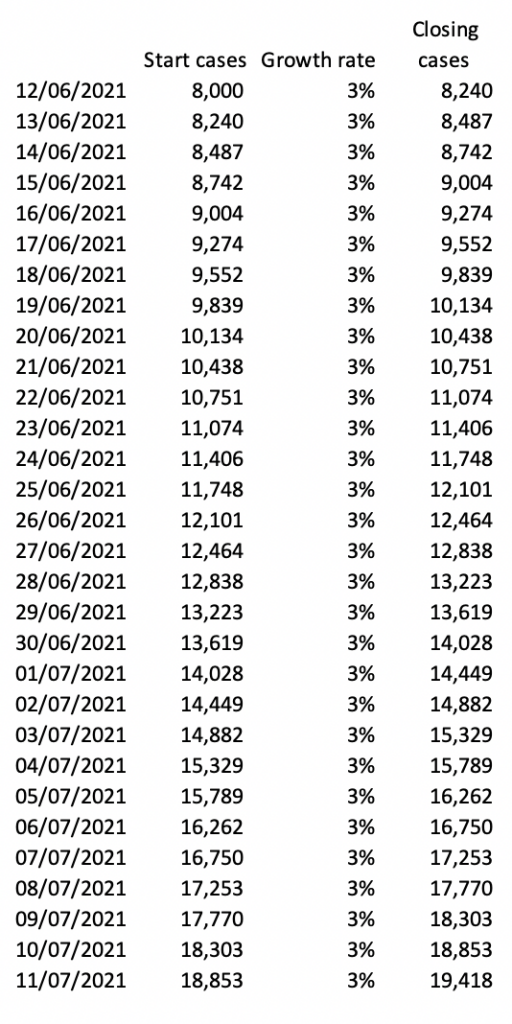 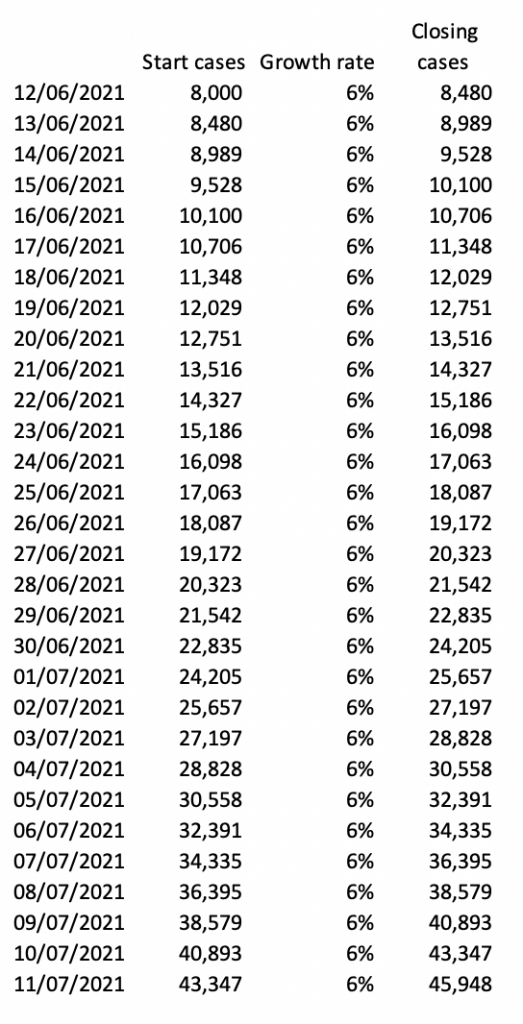 Remember three things. First, R is lagged. In 0thjer words, this is already data that may be two weeks old. Second, cases are understated. My son is in Leeds and undoubtedly has Covid for a second time now. Two lateral flow tests confirm that, but he is isolating and so no one in the NHS knows that. Third, we don't know what the correct growth rate is. Take those, as the government does, as top and bottom figures.

This is a case rate that meets earlier peaks, and soon.

I feel four things. First, that my concerns have been well placed.

Second, that discussion focussing solely on the so-called stage 4 relaxations is so missing the point it is ridiculous. This case growth is happening with those still supposedly in place.

Third, even if this is not as deadly - and I sincerely hope it is not - it could still overwhelm the NHS.

Fourth, all the supposed optimism of the last couple of months has been, as I have always felt, entirely misplaced. So what is the plan? I raised my concerns and made my suggestions here. The deniers poured in to tell me I was wrong. I am not.

On top of that, of course, I am a worried father at present. Why not be? And on this issue I know one thing with certainty. I will be very far from alone in being that right now.