Cash saving makes sense, but let’s put the cash to use in the Green New Deal in that case

I was intrigued to note the data on ISA savings that has recently been issued by the government. This chart might summarise the trend in the number of savers: 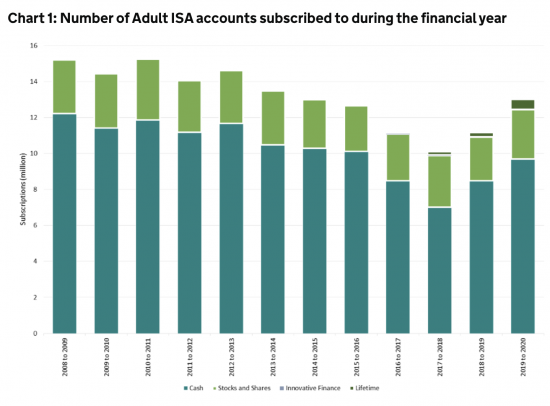 And this chart shows the amounts subscribed: 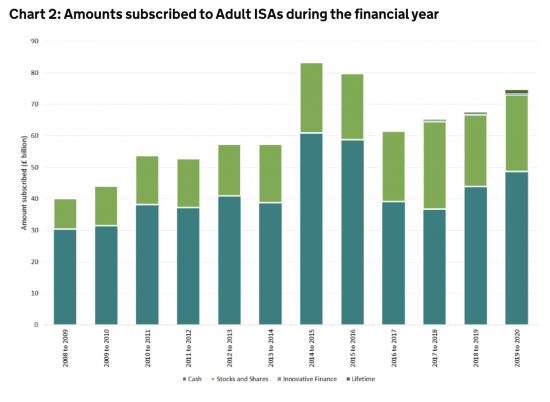 First, note that it took a long time for people to stop saving after 2008.

Second, note they had been saving again before the current crisis began.

Third, we are aware that savings have now increased dramatically. But note that the baseline is over £70 billion of ISA saving a year (although some, but by no means all of this may be recycled from old accounts). This is still enough though to fund the Green New Deal if placed in hypothecated accounts for this purpose, as I propose.

And fourth, note  that cash is very much preferred.

Time and again  commentators on here suggest no rational person will save in cash. Time and gain I disagree. Let’s summarise why.

Second, we do not have the data required to rationally choose ESG investments, and most especially when it comes to environmental issues. So why take the risk when there is so much greenwash rather than hard accounting data round? This will change if and when we have sustainable cost accounting.

Third, markets remain overvalued, largely because of QE funding. This is deliberate.

Fourth, many companies are overvalued because they have been over distributing dividends in proportion to profits.

Fifth, the idea that we are going back to normal is absurd: Covid is changing the economy for good, as will climate change.

So, cash makes sense. But in that case let us put the cash to use by requiring that it be saved in hypothecated Green New Deal accounts. Paying fair (above current market) rates of interest these will lock cash up for several years and let it be used for the green transformation of the economy.