The Good Law Project makes the case for civil society

The Department for Health had, it seems, relied entirely on the fact that the judge hearing the case would decide that neither the Good Law Project or the MPs bringing the case would have the capacity to do so because they could not have suffered loss as a result of the contracts being offered to the people who got them.

The critical suggestion was this from para 103 onwards. The Mr Moser referred to was the lawyer acting for the Department of Health: 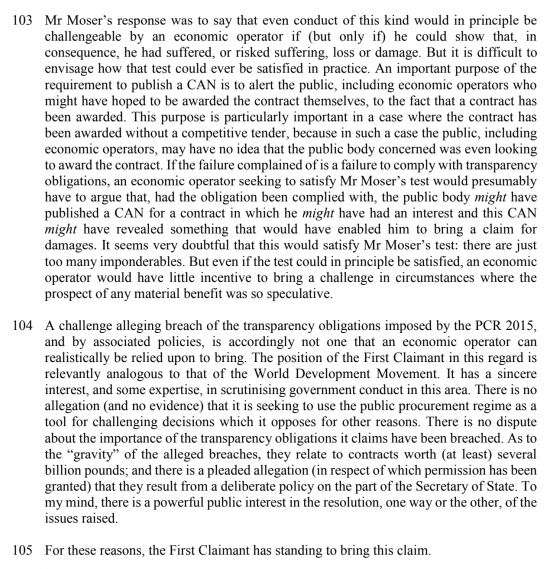 In effect, there could be no complaint from a commercial rival if no one even knew the contract was on offer because it was not tendered. There had, then, to be another party who could complain, so long as well motivated but without seeking gain. The Good Law Project was deemed to have standing in that capacity. The MPs were not: it was suggested they had another route for remedy.

So why does this please me? Because it suggests that civil society does have the legal capacity to challenge the government on the externalities it creates that impose a cost on society. And that is a rare bit of good news.

My thanks to Jolyon Maugham and his team.

I should declare that I donate to the work of the Good Law Project.