If only the Daily Mail understood economics

The Mail had this headline yesterday:

Britain's £100bn lockdown bonus: Bank of England economist Andy Haldane says Britons have saved bundles of cash during the pandemic... and now it's time to spend to rescue the economy

What the Mail fails to understand is that because households in the UK have saved, as have companies, then the government had had to borrow.

The government is the borrower of last resort. When the country refuses to spend - for whatever reason - then it has to make up the slack, and be the recipient of those deposits. That is its inevitable role as the currency producer.

This is clear from the sectoral balances, to which I referred yesterday: 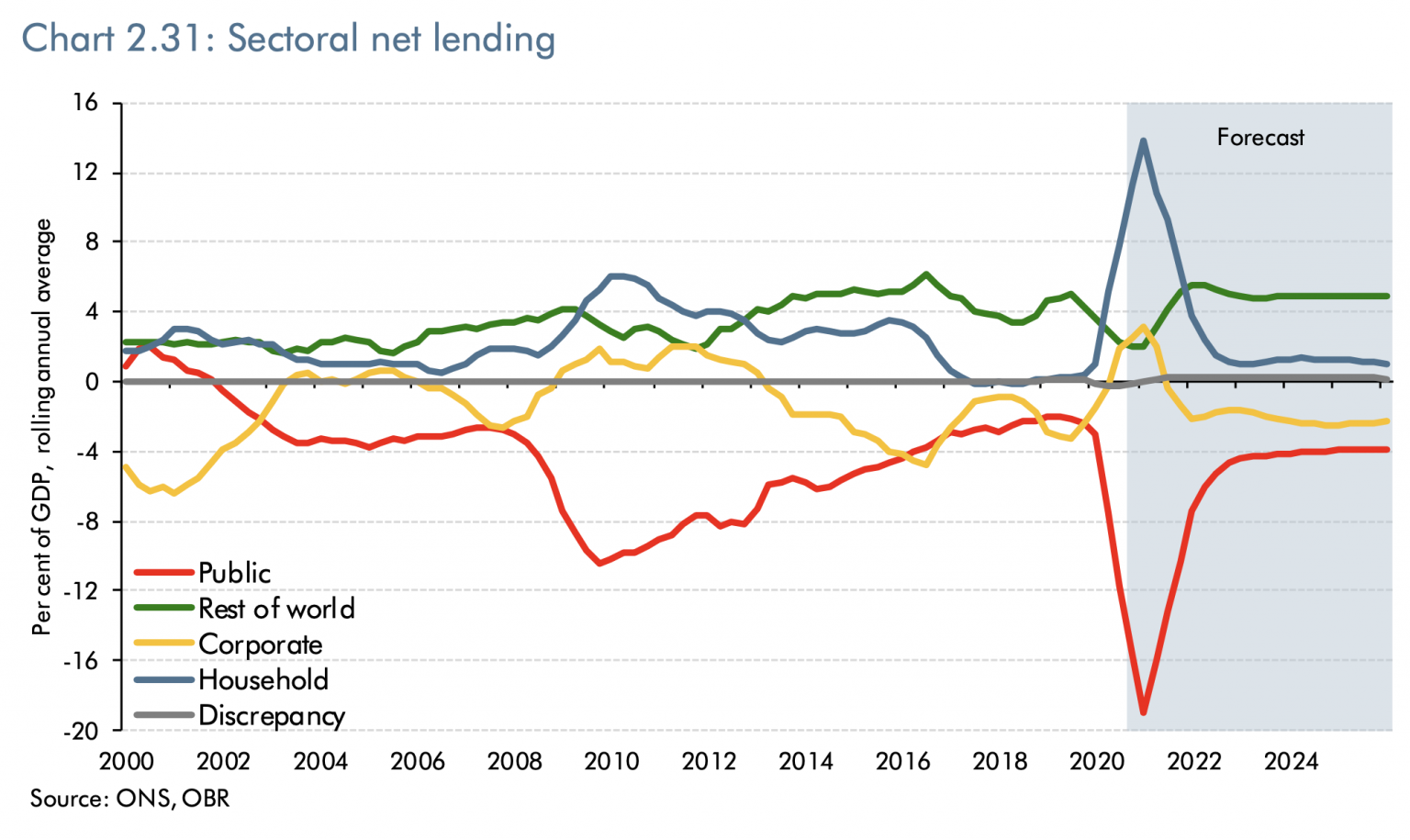 The peaks and troughs of 2020 do not arise by chance. Businesses, the overseas sector and households (especially) saved in 2020. And so the government had literally no choice but borrow.

So what the Mail was really celebrating yesterday was the impact of a government deficit. It just did not realise it.

And what it hopes is that consumer spending will drive that deficit away. I can't see that happening. But that's what it is really saying. It just does not realise it.