How long will it be before the clamour for a return to the EU, for all its faults, becomes overwhelming?

I was intrigued to read this in yesterday's CapX email briefing, to which I subscribe. I believe that knowing what those I disagree with are saying is important. 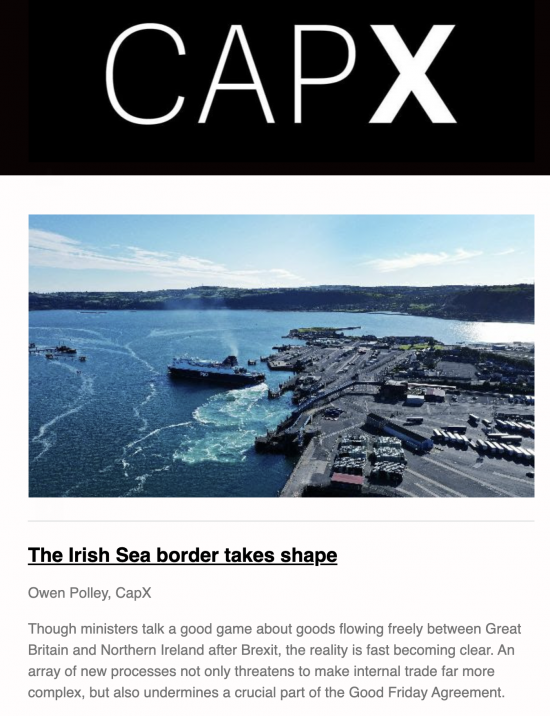 Ministers may still be denying that there will be a border between Great Britain and Northern Ireland on 1 January, but the reality is that there will be. It is also the case that measures to control it are being put in place. CapX, which has been pro-Brexit, realises this. And it has noticed the cost. That cost was always going to exist. It does undermine the Good Friday Agreement. And it seems no one knew or cared about that when proposing Brexit. Now we are left an international outcast as a consequence.

Of course, that is also true because of Brexit as a whole.

And it's also true that external trade is now going to be far more complex, and so costly.

And still no one can explain any of the gains.

Some on the right-wing of politics are now beginning to see this.

How long before the clamour for a return to the EU, for all its faults, becomes overwhelming, I wonder?