For how long do we have to put up with the apparently cronyist failings of this government?

I suspect many readers of this blog are not readers of the Sunday Times. Nor am I. I do not have a subscription. But it is covering important stories right now, and I will feature them via their journalists' tweets instead.

This story is staggering. Remember that Kate Bingham, is the wife of Jesse Norman MP - a Treasury Cabinet minister, and like Dido Harding the daughter of a Tory peer. I do not believe she would have got this job but for those associations. Since she was not appointed in an open selection process we will never know. What we do know is that the official announcement of her appointment was not correct. She is not, as it implies, a life scientist. She is a venture capitalist.   And when even Murdoch's press is shocked there is something wrong: 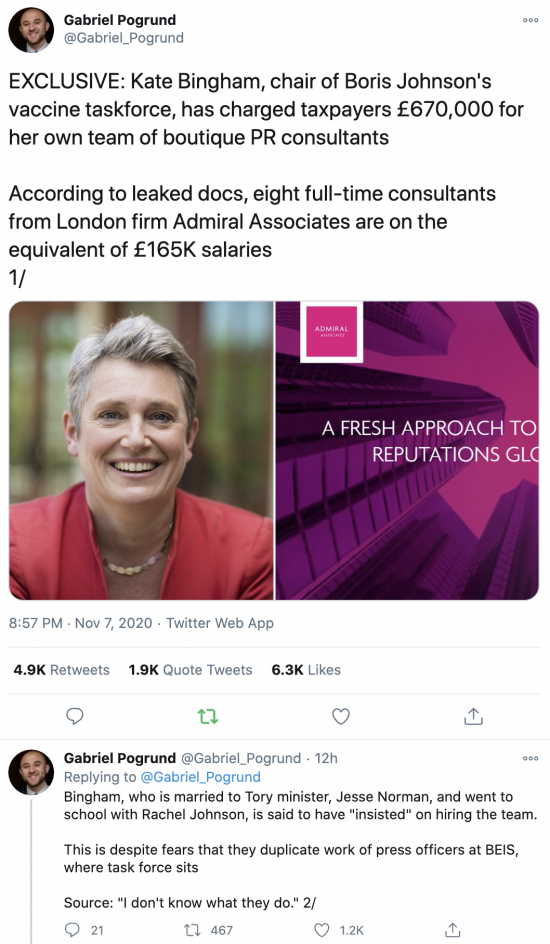 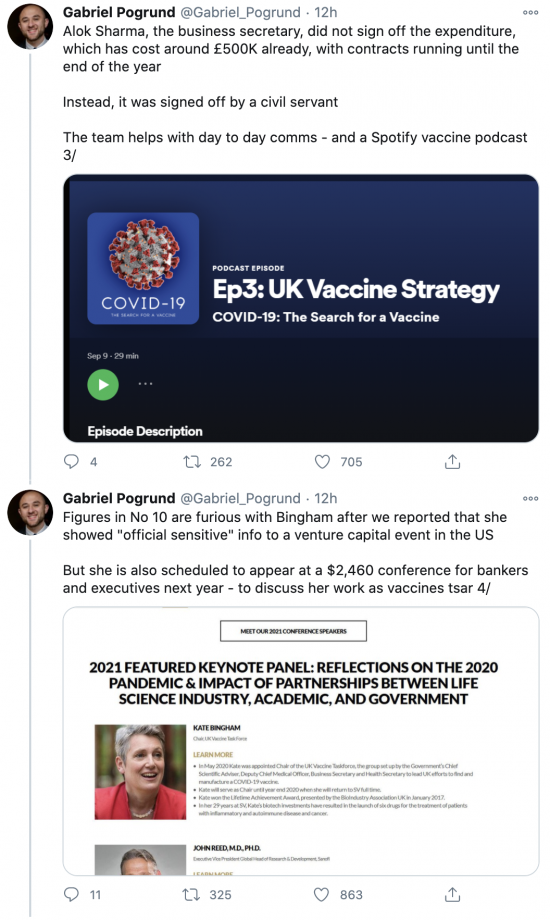 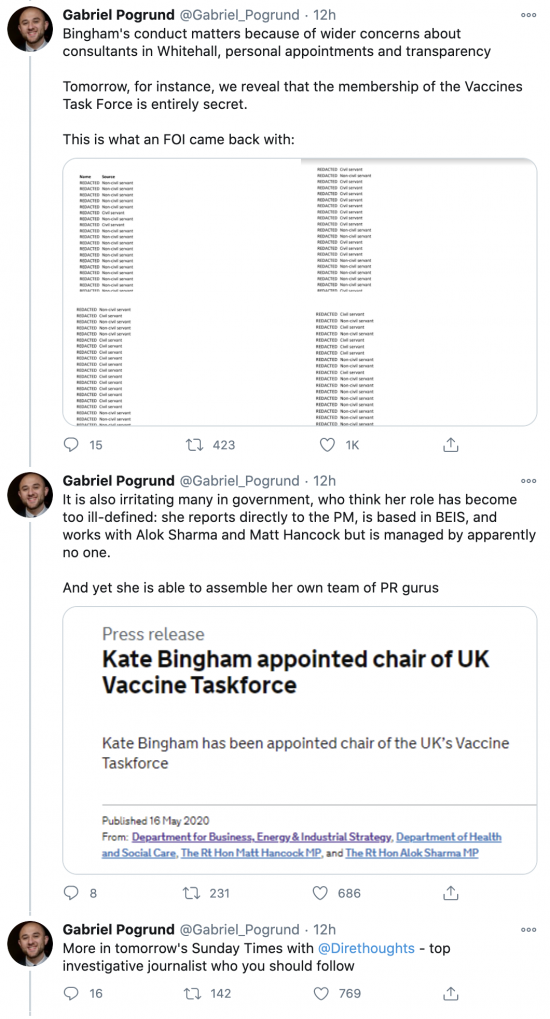 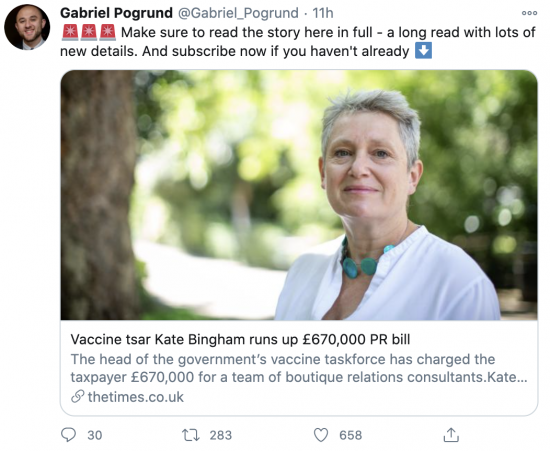 I am suggesting there is corruption here. I stress that I am defining corruption as a failure of the due and proper processes of government, using the term in the same way as a computer disc may be corrupt: it is not working as it should.

This is government very definitely not working as it should, exacerbated by the very close associations with a Cabinet minister and the Prime Minister.

How long do we have to put up with this?