Support for a wealth tax appears to be higher than I would have expected, but debate on it just distracts attention from the much bigger issues that we face

In September the FT asked its readers if they supported a wealth tax.

More than 1,000 replied. The result was surprising: 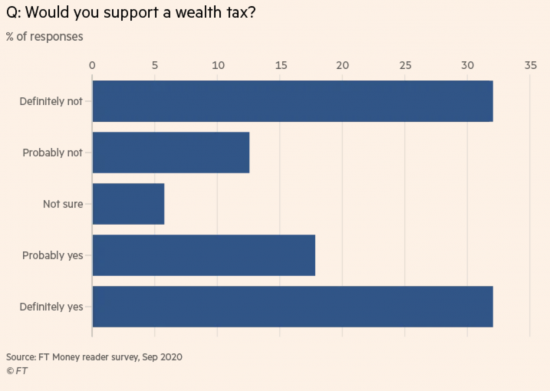 Now of course it is entirely possible that a whole host of tax justice campaigners invaded the FT website and gave these answers. I doubt it, but it is possible. I am saying this simply to make clear that this is not a representative sample. However, the results are still interesting. For example, the idea that the taxable wealth starts at £1 million appears quite strong: 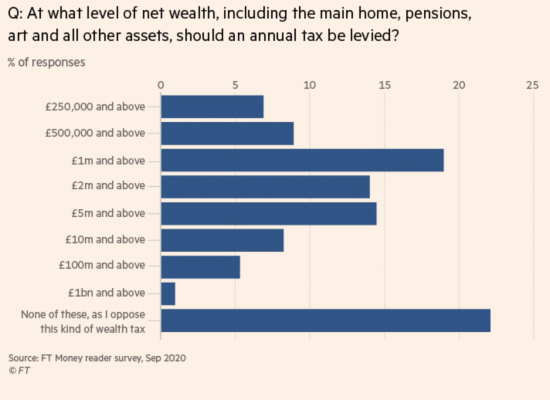 That there are reservations about including tax incentivised assets within the scope of a wealth tax, which I have indicated to be a massive limitation on its potential base, excluding most wealth from any potential charge, is clear: 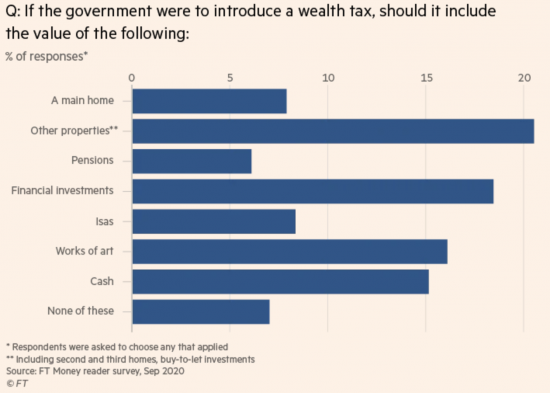 More than 80% of all wealth is taken out of account if a person's main home, their pensions and their ISAs are excluded from a wealth tax.

So what does this prove? Three things, I suggest. First, such surveys are not representative. Second, opinion is sharply divided. And, third, in that case and given the bias of this government, this is a red herring. There is no chance of a wealth tax at present, and debate on it distracts us from the real issues that are of concern. Maybe that is why the FT is interested in the issue.