Tax After Coronavirus (TACs) : the tax justice movement joins in 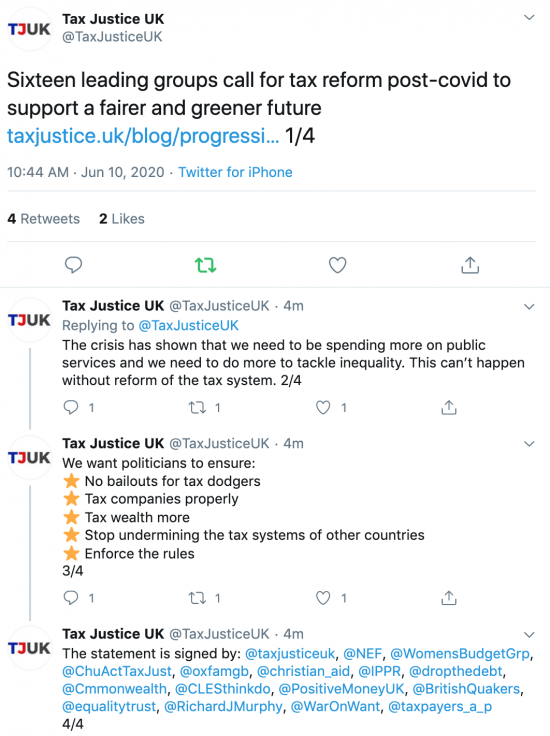 The statement, which as noted, I signed, says: