Mirror, mirror on the wall, who is the most multinational of all?

The OECD has just (it seems) begun promoting a dataset it has on multinational corporations. One indicator it publishes on the 500 company is it surveys is the number of jurisdictions they can be found in.

I stress, that the 500 are not all multinational corporations, by a long way. Why the 500 were chosen is not clear.

I could not resist a quick data resort. These are the most geographically diversified companies in the dataset (top 50 shown): 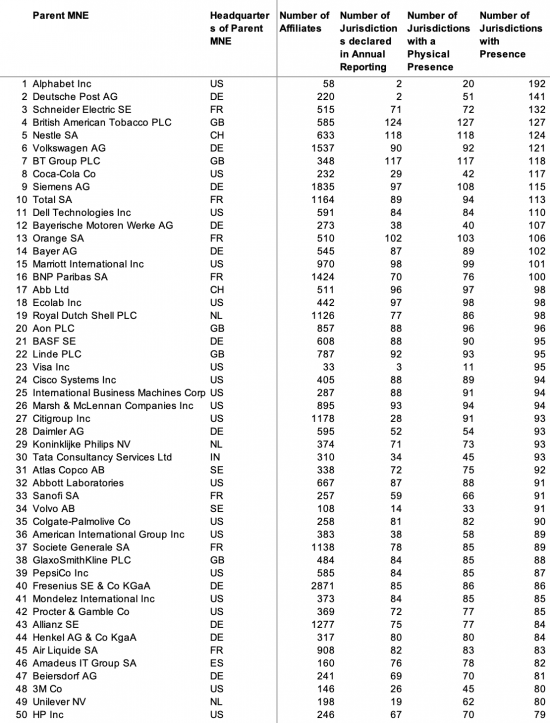 And these are the UK companies in the dataset (in total, ranked by the number of countries they are present in): 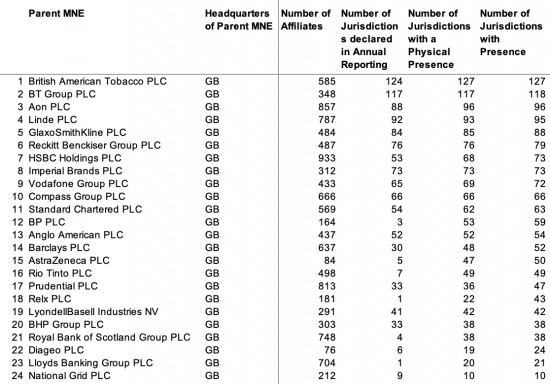 And I bet you don't know what Linde plc does...

Now you might see why we need country-by-country reporting.  Without it we cannot know very much about a great deal of what goes on within these companies, most especially when a comparison between the number of companies reported on in the financial statements and the actual number of locations in which the entity is present is considered. Look at Alphabet on that one, if you will..... (which is Google, for those unfamiliar with the name of its parent company).