There are three arguments being put forward on the right wing by those seeking to excuse the failings of our government on the coronavirus crisis.

The first of these is that size of population matters in this crisis: we're doing badly because we are a relatively big country.

The second is that the density of population matters, and the UK is densely populated.

The third, by implication, is that when lockdown started relative to the time that the crisis emerged in a country does not matter.

The FT's John Burn-Murdoch, who will deserve awards when this is all over, has addressed all these issues in a short series of tweets. 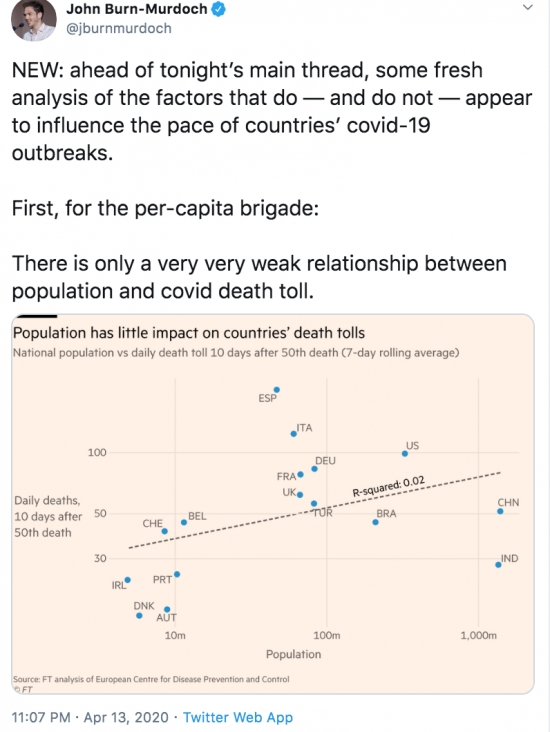 The second he addressed this way: 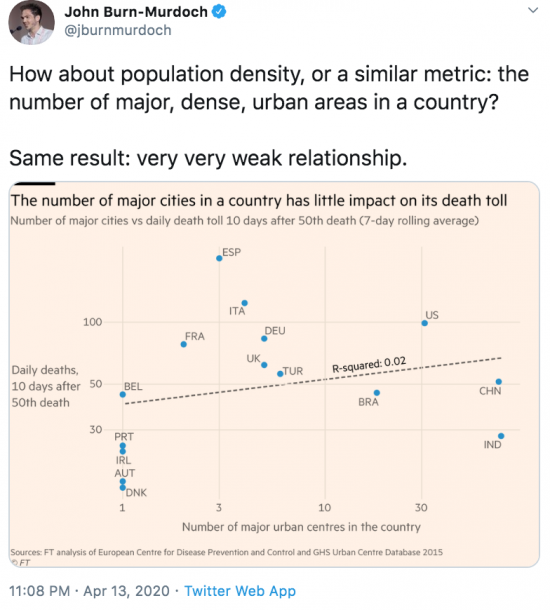 And the third was also addressed: 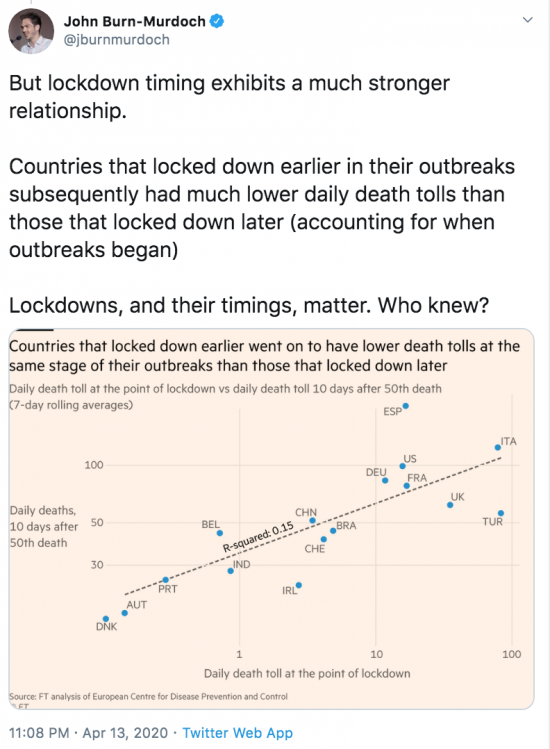 In other words, the data is pretty unambiguous. We're having a worse crisis because the government decided not to act soon enough when the evidence that they should have done was clear. That is the only possible conclusion that the data provides. All the right-wing claims are excuses, and there is no evidence to support them.

And if in doubt, Ed Conway at Sky News looked at the same issue: 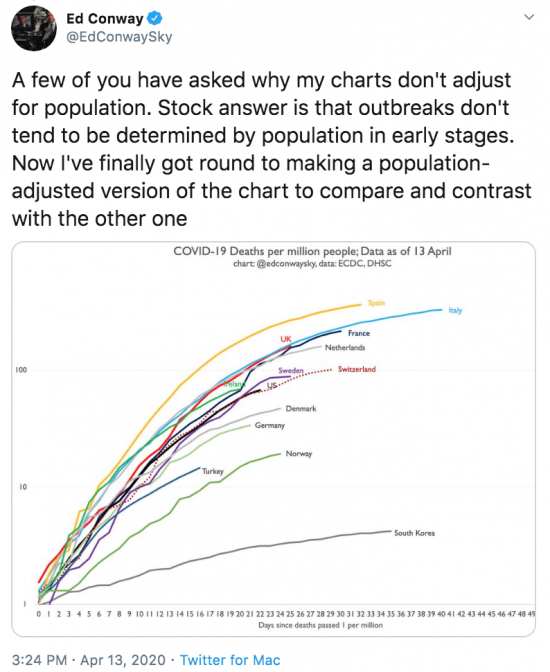 This is 'the other non-population adjusted one': 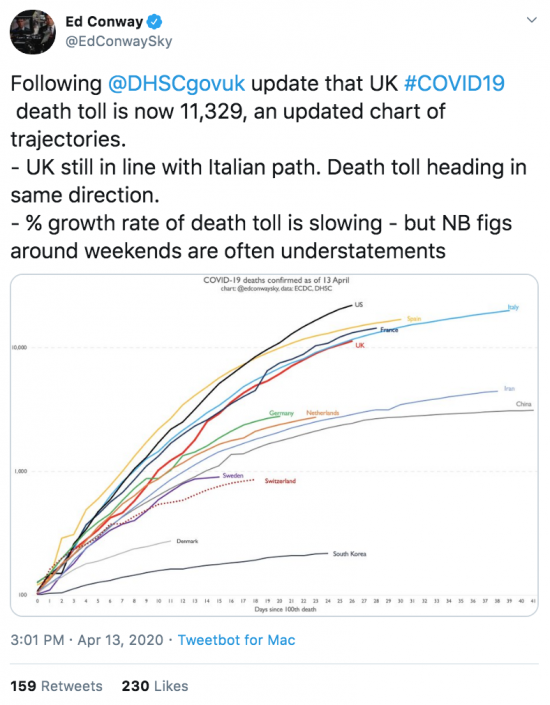 The message is the same for the reasons John Burn-Murdoch notes: population is not an issue; when you acted was.

And our government acted far too late.