Yesterday was the fourth-worst day in US stock market history since 1928: 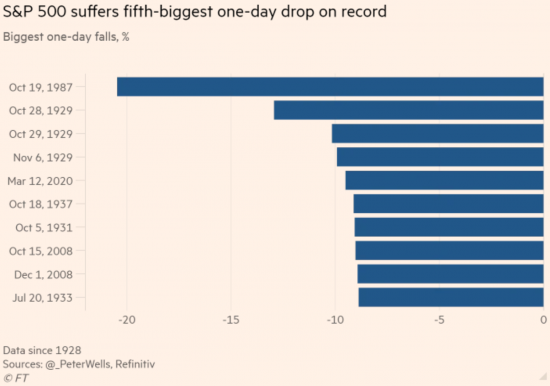 I think we need to stop thinking this is a blip what will go away and from which we will quickly recover, as Rushi Sunak described it in the budget on Wednesday. Instead we are now living in the middle of a full-blown economic meltdown. And what is worrying is that unlike 1929, 1987 and 2008, there is a strong and immediate underlying fundamental economic cause rather than a malfunctioning of the financial system, to which those crises can, in the first instance, be attributed.

We are, quite simply, now living in unprecedented times, and nothing will ever be the same again, because that is always the consequence of events like this.