How dare you say there’s Russian money in the UK election!

From the latest Private Eye: 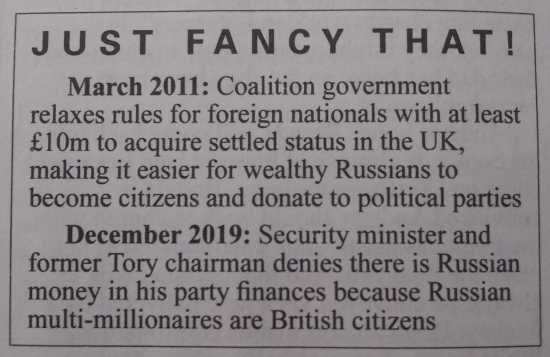 That's how corruption works: it makes things look other than they are in exchange for a little (and sometimes a lot) of cash.