Labour is right: Britain has a broken economy that needs fixing

According to some Labour has its diagnosis of the economy wrong. The FT says this morning that:

The British economy is not broken. It has proven remarkably resilient in the face of Brexit uncertainty. Labour’s plans would exponentially increase the risks to the economy.

They are wrong. This is not an opinion. It is an objective truth. For example, this is growth data from the TUC:

Growth is poor - and even in a low carbon economy growth in what we can do for each other is good.

There are other indicators that are worse. Take real wage growth, also from the TUC:

Real wage decline is not an indication of an economy that is working. And nor is this distribution of that growth encouraging:

Regulation has come to the assistance of the lowest paid. It's not markets that have helped this section of the population.

The top have done well.

Everyone else has done badly.

And the rest have borrowed (again, from the TUC):

We have considerably more financial stress as a result of these economic failings.

And business is not compensating. This is annual average changes in business investment from the Bank of England: 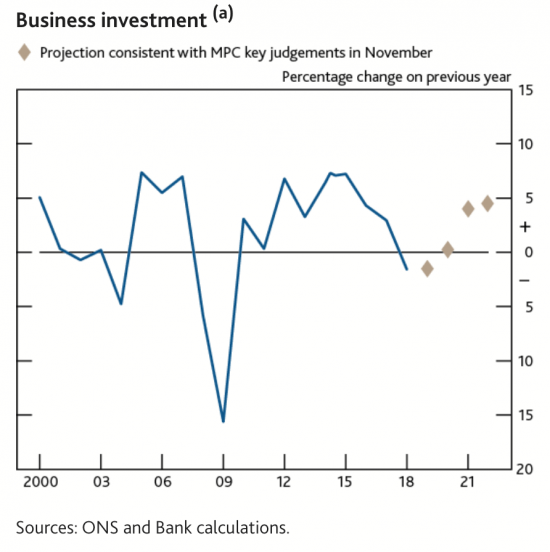 The forecast upturn is of no consequence. The reality is that all the incentives given to business to invest have not resulted in a response: business does not see why it should spend here, and has not been doing so.

The Financial Times editorial team are, then, wrong: Britain has a broken economy and a broken society and that needs attention. Labour's diagnosis of the issue facing the UK is right.

I will deal with the other issues in subsequent blogs.