Central bank independence is based on false politics and economics

This is my kind of macroeconomics: 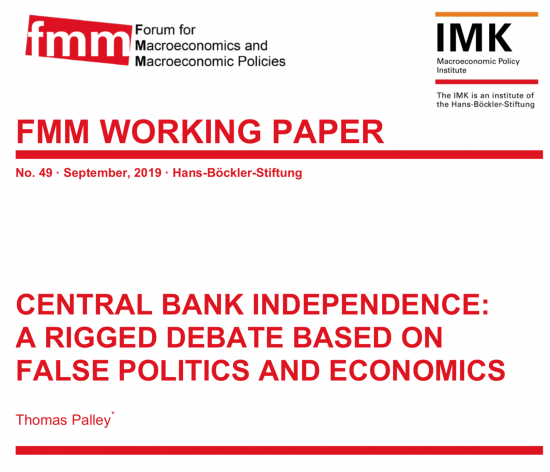