Why not nuclear? The answer in one chart

This is from the IMF: 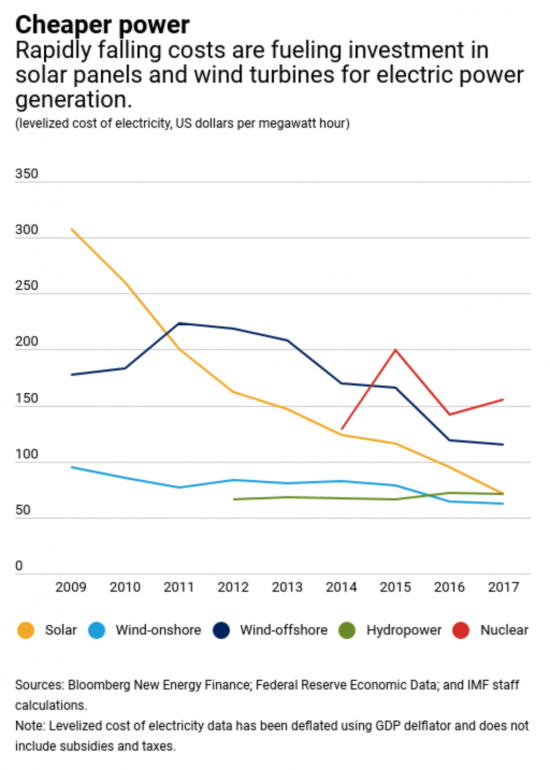 Why not nuclear? Because it makes no economic sense: that's why not. And that's before the uncertainty of decommissioning costs are, I suspect, taken fully into account, as well as terrorism risk.

This should, surely, put this debate to bed?