Polly Toynbee had an excellent article in the Guardian yesterday summarising the approach of the Tory far-right and making clear that Brexit is but a step in their plan to turn the UK into an entirely different state from that with which we are familiar where all vestiges of the post-war consensus are swept from view. In response I have done a couple of mind maps, on on the hard right alternative and the other ion what I consider to be the centre ground alternative to which I believe many political parties in the UK could, and I think should, at present subscribe, whilst allowing for differences of emphasis, of course.

This is the hard right alternative: 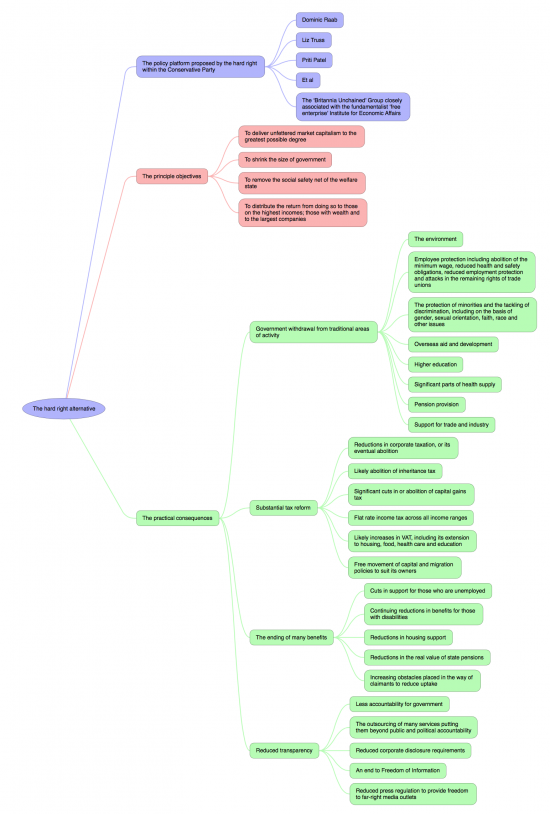 Click on the image and then click the resulting image to get a large version. Alternatively, this is the text version:

And this is the centre ground alternative: 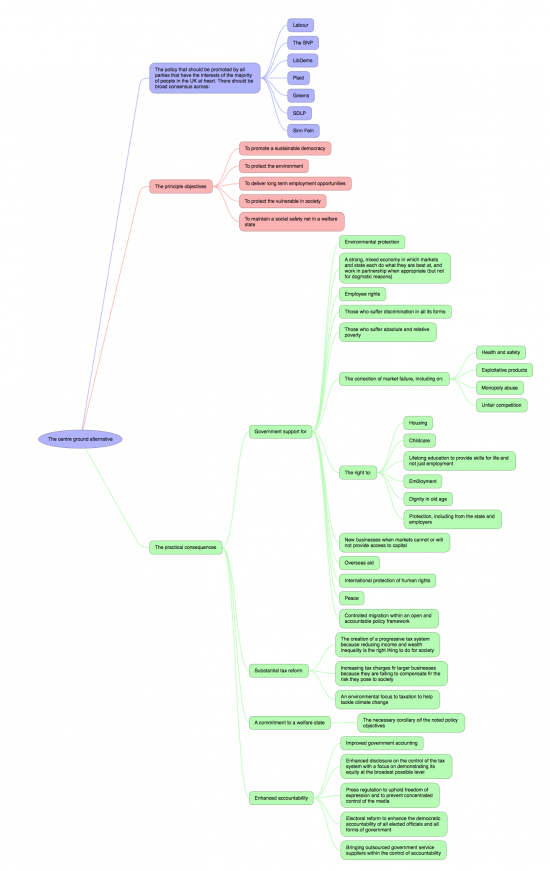 This is the text version of that:

I long for the centre ground to realise that it is in their combined interests to beat the far-right. And now is the time to do it. Then the differences of emphases trhat parties rightly have can be explored. But none are possible if the far-right win.