This chart shows the labour share of GDP (or national income) over more than two centuries: 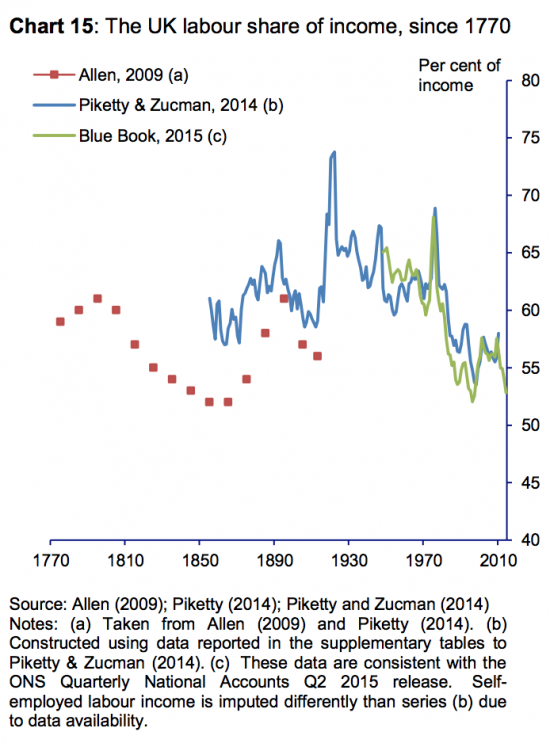 It comes from a speech by Andy Haldane of the Bank of England in case anyone suspects deeply suspect left-wing sources.

And that long-term downward trend is precisely why Labour has to take radical action now. People are simply not paid enough. And that has to end.

So when people say Labour will destroy the economy by giving people a fair share the simple response is, 'no they won't: they're repairing the damage that's brought us to our knees'.