Might I point to an article on the LSE blog with the above title, written by Jan Fichtner of the University of Amsterdam? In it he argues that:

Cayman primarily acts as a kind of conduit to US financial markets for investors from Japan and Hong Kong. American investors have invested massively in hedge funds, which are legally domiciled in Cayman. In turn, these hedge funds have mainly bought US securities, closing the financial loop between the US and the Cayman Islands. This unique financial loop explains why Cayman is the largest holder of US securities in the world (excluding US long-term debt, of which the Japanese and Chinese central banks hold more than US$1,000 billion each).

And he illustrates this with the work that the Corpnet Horizon 2020 project has been doing: 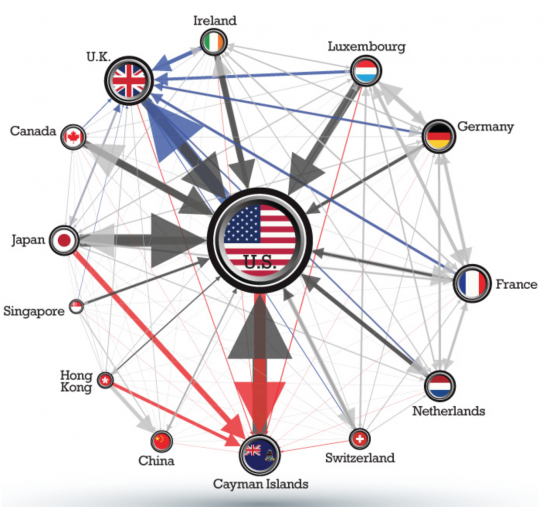 Cayman is critical to finance.

And now it will be transparent.

It is, as he noted, not what the UK establishment wanted. But it's what they're going to get. This matters. And it will change finance. For the better, too.