The Guardian has reported this morning that:

Government cuts to the police “may have encouraged” violent offenders and have “likely contributed” to a rise in serious violent crime, leaked Home Office documents have revealed.

There is, of course, denial. As they also report:

The documents cast doubt on claims by the home secretary, Amber Rudd, on Sunday that cuts to the police were not to blame for rising violence.

I am not seeking to make a party political point here, but since the Conservatives have been in office since 2010 it will most certainly seem that way. I am explicitly making a political cultural point. This is that evidence is now ignored.

We saw it first with policy, where we got policy based evidence creation to justify specific causes of action. Most especially we saw supposedly evidence-based claims that levels of public debt had to be curtailed as a means to justify austerity. Now we see the inverse, which is supposed evidence denial of policy consequences.

We have it in the NHS, where supposedly there is no crisis. It’s just staff failings that mean the systems can’t cope.

We clearly see it here in the police.

It’s also happening in social care, prisons, the court system, schools and beyond.

But still the claims flow. Most say ‘we have spent more’. And often this is true. But only if taken at face value. I did some work on this with Ronen Palan in 2015. Using Treasury actual and forecast data we showed this: 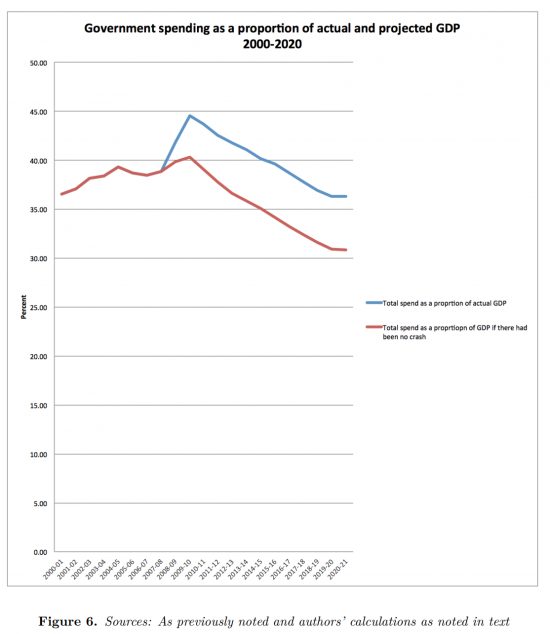 The forecast comparing to GDP if there had been no crash is important: it makes the point that the demand for healthcare, policing and other services continues whether we had a crash, or not. Either way, spending was forecast to be cut heavily in relative terms even if the total spend was to increase: 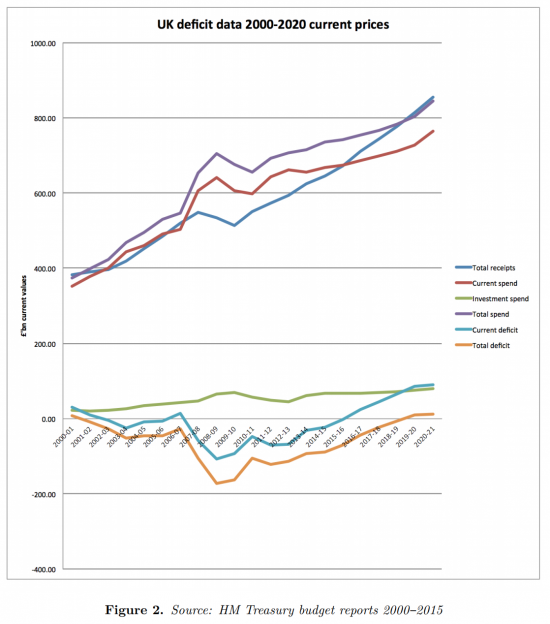 And the impact was going to be noticed because this was actual and planned spend per head: 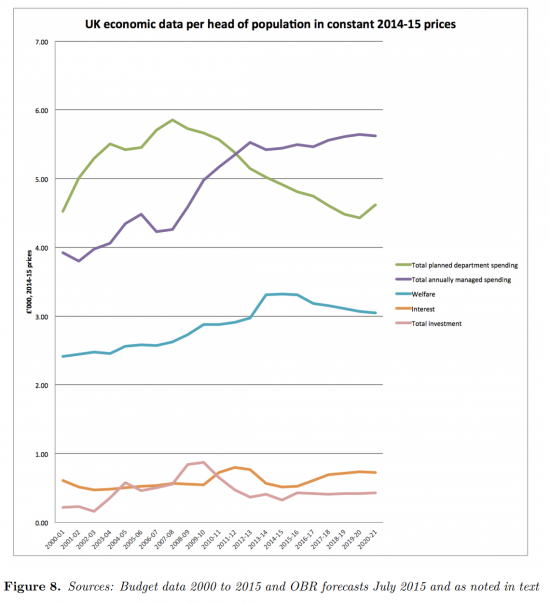 Anything where there was discretion was planned to fall drastically per head, and it has. And it is pointless to pretend that this has no impact.

It impacts those running these services, who are told they are of decreasing worth.

It impacts those delivering these services as they face impossible demands.

And it impacts those receiving these services who know they are getting worse outcomes.

All three were inevitable, as those who campaigned against austerity (which has never been necessary) pointed out all along. And now we see the impact. Lives, for a start, are being lost, on the streets and on hospital trolleys. But lives are being wasted far more widely, and unseen.

But reliance on inappropriate data will be used to deny this. Spend is going up it will be said. So that's all right then. Except, spend is not going up. And demand is growing, both because of increasing population and precisely because of cuts creating their own stress.

The truth is austerity has not worked. It cannot work. And there is no alternative to the wealth creation that strong public services delivers. It's time all politicians began to say so.