The UK government spends as much on subsidising wealth as it does on transport, housing, the environment, industry, agriculture and employment.

HM Revenue & Customs published new estimates of the  cost of major tax reliefs last week. This is an issue on which I am doing a lot of work at present. I strongly suspect that these estimates are too low, but the reason for my interest is to ask questions on the alternatives that are implicit in the data.

We all now know, of course, that tax does not pay for government services as such. But that said the way we tax has enormous implications for the distribution of wealth in society. One of the reasons for tax is redistribution, after all. In that case look at the cost of subsidising wealth in the UK: 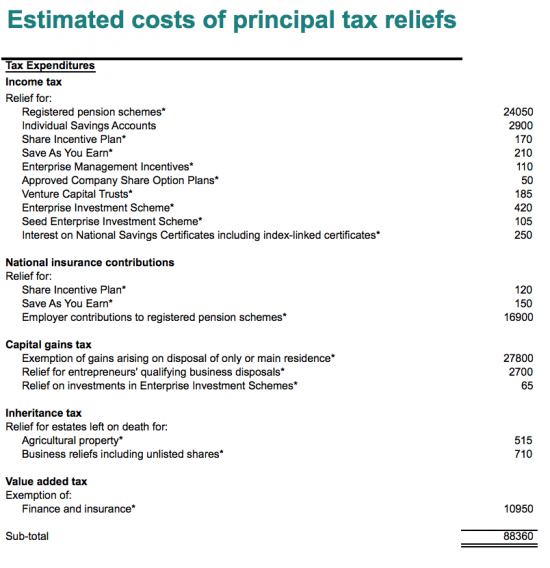 That is £88 billion that is, broadly speaking, directed to making those already better off in our society better off still.

For the record I am not suggesting all those reliefs go in  their entirety, at least, not yet: transitions help. Nor am I saying that all these subsidies go to the ultra wealthy. What I am doing is asking if this spending is wise. Are these good choices?

Compare these costs with these spends: 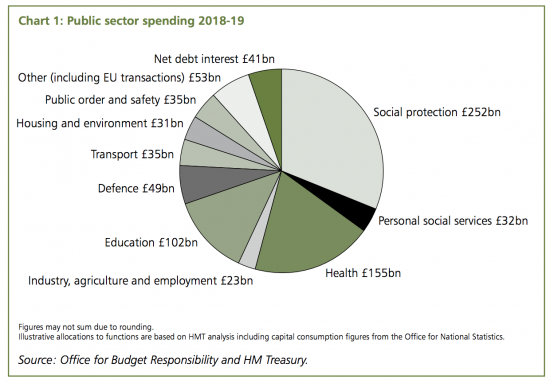 Subsidising wealth is nearly as expensive as the UK education budget.

It costs the same as we spend on transport, housing the environment, industry, agriculture and employment.

Is that really a good idea?

So the question is, why are we doing it? And what should be done about it?