If Companies House can’t even scan documents what hope is there of it helping us hold UK plc to account?

The accounts of Thames Water Utilities Limited for 2017 as filed with Companies House were sent to me yesterday. They were filed in June last year: 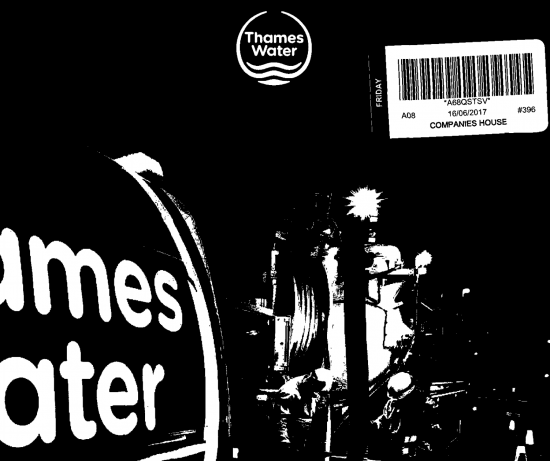 There is a problem with them. This is the income statement: 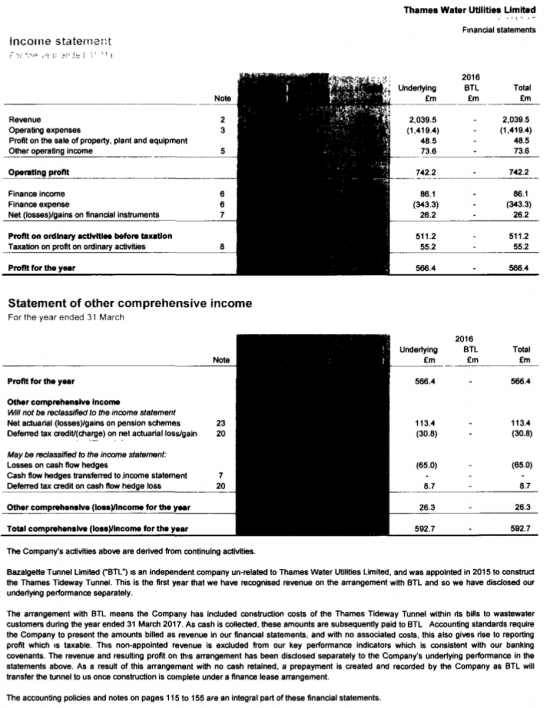 It's pretty hard to tell that the accounts are for the year to 31 March 2017. And that doesn't matter anyway as there is no data to view. It's all in that black box that is utterly illegible.

Now, let me be clear: this is not Thames' fault. They have, like lots of media savvy companies, produced a glossy report in a format that I presume they hoped was easy to read and no doubt highlighted the current year figures by printing them against a coloured background.

In fact, I know that's true, because here is that same page from the Thames Water web site: 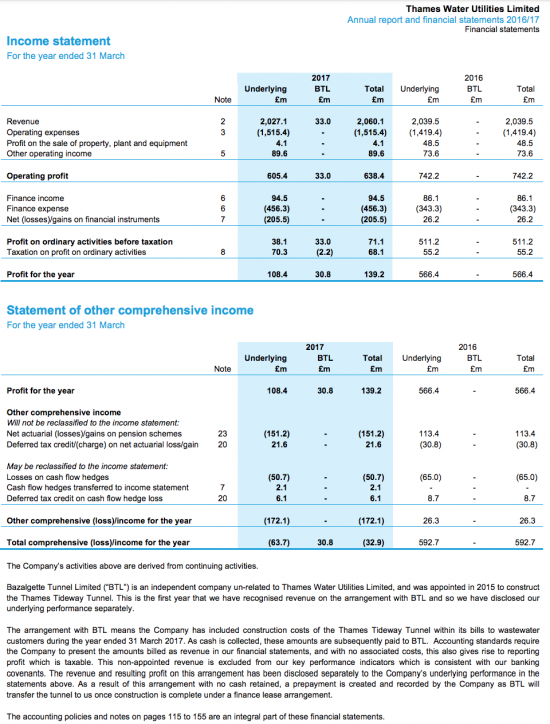 So what has happened is that a set of accounts, using the far from modern technique of colour printing, has been rendered utterly useless by Companies House because they won't scan in colour.

And why is it that they filed the accounts in any case if their insistence on black and white scans made them illegible?

The UK needs to hold companies to account. It's supposedly the task of Companies House to help us do that. And it's failing when it does things like this.

If we can't even get the scanning of documents right when seeking to control companies what chance is there of preventing another Carillion?

It really is time Companies House was massively reformed. It can't even get the basic right. And I have a strong suspicion that may be a political choice.