This Christmas the Jersey way is meeting its match

The Guardian has reported that:

The UK will never be granted a free trade agreement with the European Union if it seeks to take advantage of Brexit by setting itself up as an offshore tax haven for businesses and the wealthy, the EU economic affairs commissioner has warned.

I have not the slightest doubt that the Commissioner is right to be concerned. And his threat of sanctions is appropriate. As it is in another case:

Pierre Moscovici also warned that UK tax jurisdictions such as Jersey could find themselves moved from an EU grey list to its black list if they fail to comply with EU standards on exchanging tax information. The black list was set up earlier this month, and Moscovici is still urging the EU to set out clear sanctions to enforce compliance.

“We will check and if their commitments are not serious they will be put on the black list in six months,” he said. “Thereafter we will change the list once a year.”

Here the threat is explicit and real. I have made it clear just how much will be expected of Jersey, as well as the other Crown Dependencies and Overseas Territories to meet the EU’s demands. I also confirm that I have sent my concerns to the EU Directorn General of Taxation, as I said I would. He has acknowledged their receipt.

Right now Jersey knows nothing about 87% of the companies based in the Island. This makes a mockery of its claim on the Jersey government web site that the Island is ‘leading the way in efforts to prevent tax abuse’. I note there are those in Jersey mocking my suggestion on this issue, as there are those who will no doubt dismiss the Commissioner. This is 'the Jersey Way' at work, best explained by the Jersey Care Inquiry: 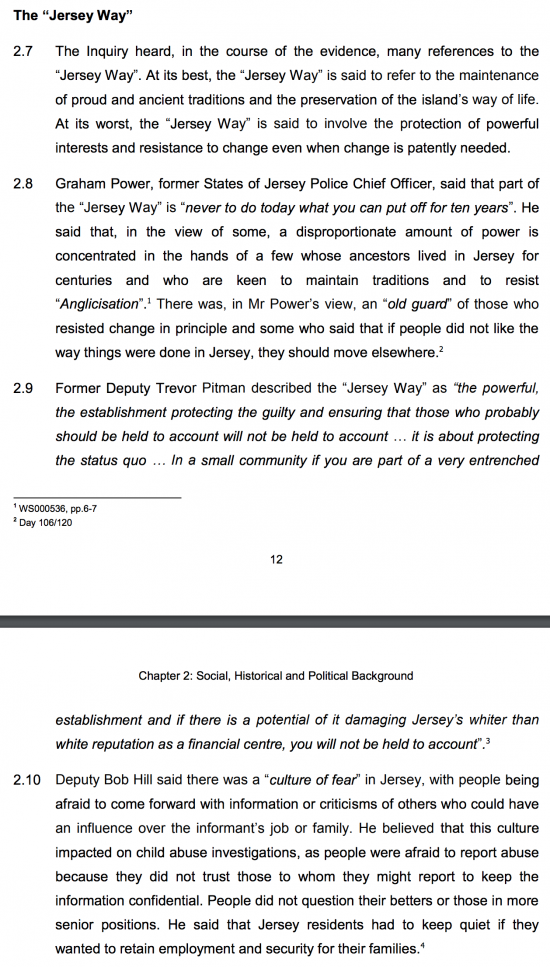 Jersey has always pretended to comply with its international tax obligations whilst the abuse continues. This time I think they will find it is different. The Jersey way will meet its match.