I noticed this blog passed a milestone this morning: 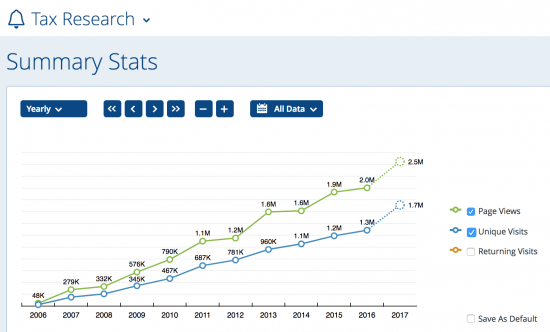 Last year the blog just made 2 million reads. In truth it is still very slightly short of 2.5 million for the current year (the figures on the chart are rounded totals), but with likely reads I am very confident it will exceed that total.

The result is quite surprising. The year began quietly but by April traffic was growing strongly. Then the election gave it a massive boost and it has been very strong ever since. It's a staggering growth in traffic and I admit to being grateful to all who have contributed to it, with the growth in unique reads being a particularly pleasing trend.