The message from the EU to the UK is very clear: it’s ‘We don’t trust you’

These are the terms of the agreement reached  this morning between the EU and the UK as they relate to EU citizens making application to stay in the UK after Brexit: 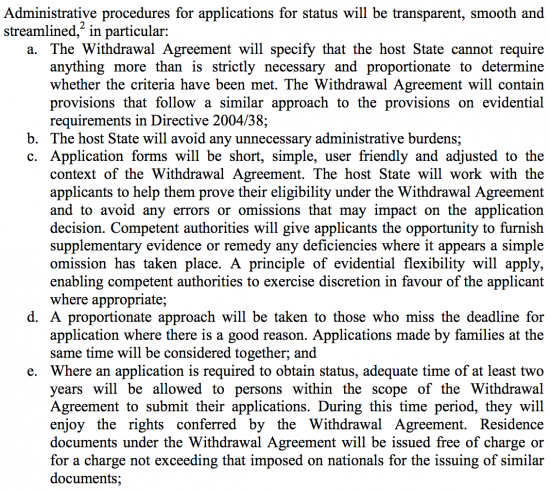 I have negotiated quite a lot of deals in my life.  Most, thankfully, have been on the basis of mutual trust.  That has meant there has been no need to spell out all the nitty-gritty detail:  it has been mutually accepted that goodwill would be exercised in doing so.

This deal is the exact opposite of that.  If the EU thought it was necessary to specify that a UK application form  for their citizens would be ' short, simple, user-friendly and adjusted to the context of the Withdrawal Agreement'  then what they are actually saying is that they anticipated the UK putting every possible  obstacle in the way of EU citizens remaining in the UK whatever any final agreement might have said.

You might, of course, say that I am nitpicking in pointing this out,  but I do not agree.  Remember that this morning's agreement has no legal force:  all it does is let the parties  move on to the next stage of discussion.  In that case  the message from this clause is loud and clear.  Things might have, just about, and at the last-gasp, moved on,  but there is absolutely no goodwill between the UK and EU.  If  something as simple as an application form has to be specified in this level of detail because there is so little trust of the UK's intentions the prospect of reaching a deal at the next round is very low indeed.