HMRC’s new tax gap data: too predictable to be reliable?

HMRC has literally just published its 2017 tax gap estimate. And, as I predicted to many, the answer is, as it has almost invariably been, that £34 billion of tax was lost in 2015/16. To put this in context look at this chart: 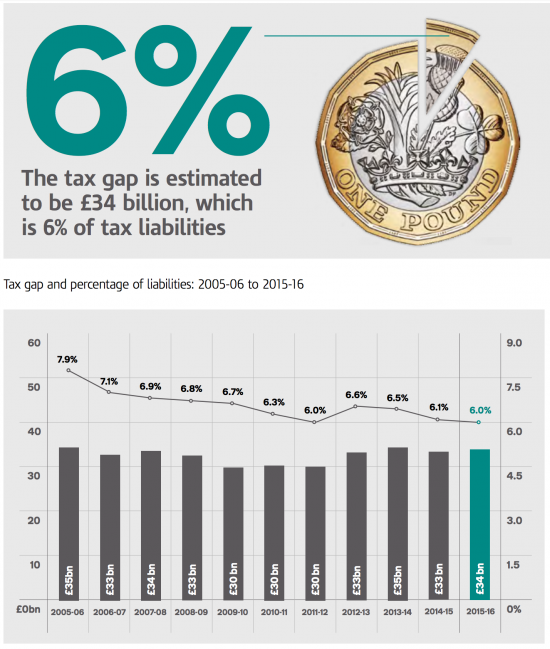 I have over time been deeply critical of HMRC's tax gap estimates, and I will be reading the latest report in detail this morning. But there remains at the core of HMRC's work a question of credibility.

The first issues relates to the credibility of  these estimates. The chance that a pattern of behaviour such as this would, in value terms, be so consistently reliable over such an extended period is very low indeed. The very fact that it is now possible to say, with almost certain accuracy, that the UK tax gap will, according to HMRC, be a number falling between £30 and £35 billion is too predictable for the estimate to be entirely believable.

The second issue of credibility is that if this behaviour is so reliably predictable why has so little been done to address it? The claimed fall in the yield lost is noted, but does not answer that question.

The risk is that HMRC is producing data that looks like Soviet style tractor production statistics. And that helps no one.

I have suggested mechanisms to help address this issue already this morning.