The Tax Justice UK to mark the tenth anniversary of the Northern Rock crisis at the Royal Society of Arts last night was fascinating.

Prof Daniela Gabor explained why we have a shortage of some sorts of debts in the UK right now, as I have often said of government debt.

Prof Daniel Mugge (who has the amazing title of Professor of Political Arithmetic at the University of Amsterdam) made clear that financial crises are a first world luxury created by overfed optimism that inflates the quantity and value of debt, which in itself is always a measure of inequality.

Nick Shaxson talked about the need for political change to challenge the neoliberal thinking that competition conquers all that has, however, led to the continuing rise of rent-seeking monopolies.

I offered comments on the theme discussed here yesterday, but strongly supported Daniel's view that some assets are horribly overpriced, and that this is deliberately overfed optimism.

Take two examples. The first is the world wide stock market index, now at an all time high this week: 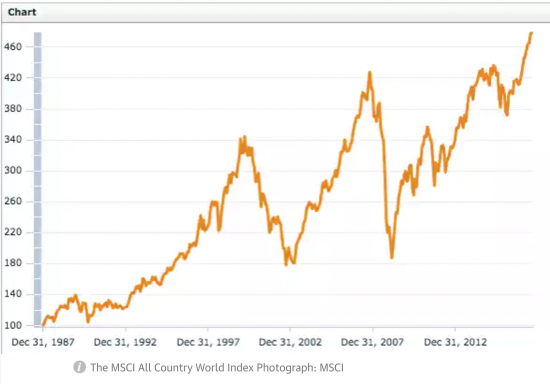 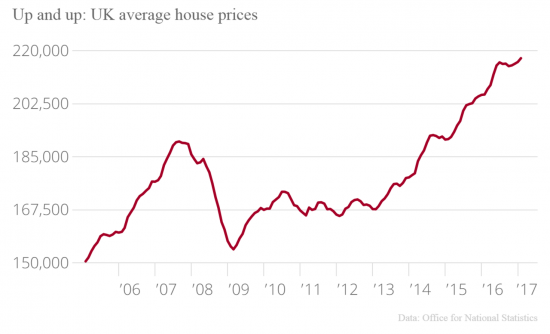 And Daniel had a great slide showing how much greater the market value of UK government debt is than its nominal value. The excess is about £500 billion right now - all of which has, by definition, to unwind before these debts are repaid. This is his chart: 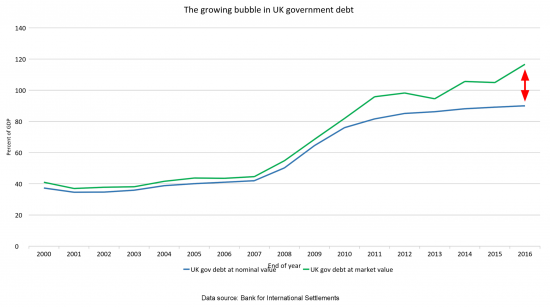 What was my big takeaway of the event? I would say it is that we will have another crisis, and next time it will be different. That, however, will be because it will be much worse than last time simply because the scale of asset over valuation is so much greater this time round.

If and when interest rates rise (and the Bank of England is suggesting it may do just that) and if and when they try (I emphasis the word try) to reverse QE, as they  hinted they might only yesterday (although their hints are notoriously unreliable) then I suspect the time to a tipping point will begin to reduce, sharply. And, as the stock index chart shows, whilst it takes quite a while for an over valuation to arrive the down sides tend to happen pretty quickly. There is ample talk of cliff edges when it comes to Brexit but that's a minor hillock to fall off compared to the cliff from which a major asset revaluation will cascade.

It could, of course, be argued that this might be the best way that there is to reduce wealth inequality. I have to say that is not the way I look at this. The stress that a radical asset revaluation will create is enormous. Pension funds will be in massive deficit. Insurance company solvency will be challenged. Households will have negative equity. Banks will have big holes in their balance sheets, and could easily fail. Tax revenues will fall. And there will be a recession as a result. And because there's further to fall than last time, and the range of over valued assets is greater, and the scale of personal indebtedness is higher, let's not beat about the bush, this time it's betting to be uglier than last.

And for the record, there's very little we can do to stop this happening. The overvaluations exist. The supposed robustness of the banking and financial systems about which so many are so smug is dependent upon them and so there is no willingness to address them.  And the Bank of England and others are willing to lie to defend the status quo, as are all those politicians still wedded to the failed neoliberal model.

In that case we have three options.

The first is design systems to prevent this happening again, such as better regulation, wealth taxation, international tax cooperation, universal basic incomes, better training in the nature of tax and money, and so on, all of which have to be underpinned by a new political narrative.

Second, we have to ensure there are tools to deal with this crisis when it arrives like the Green New Deal and People's Quantitative Easing, both of which remain pretty much unique in their potential role in any recovery.

Third, we have to be ready. We do not know when this will happen. We are in a Gramscian moment waiting for the new to be born. But it will be. Until then we despair knowing that what will come will be horrible, and base our appraoch on the optimism that there are solutions available for politicians to use when this moment arrives.

In the meantime, hold any savings in cash. That's not financial advice. It's just what I am doing.