From the Guardian based on today's inflation data: 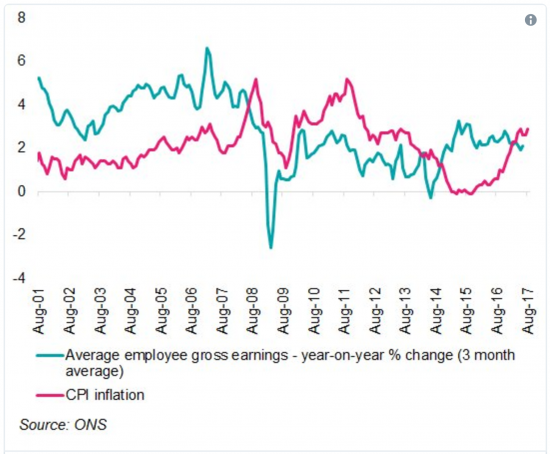 Wages are back behind inflation. As was near enough inevitable after Brexit.

And now some of the members on the Bank of England Monetary Policy Committee are more likely to vote for interest rate rises as a result, tipping millions in the UK into an even bigger household economic crisis and inexorably paving the way for the next banking crisis.

Philip Hammond has said no one voted for Brexit to make themselves worse off but I beg to differ: that's exactly what they did. They just may not have realised it, that's all.