The Boston Consulting Group (who are big enough to do the research) have published a new report on global wealth. It's something they have done for some time. And as they say:

A new report from The Boston Consulting Group explores, among others, the accretion of wealth among the world’s wealthiest people. The reported, titled 'Global Wealth 2017: Transforming the Client Experience', is based on an analysis of global private and covers both current trend and future projections. Private wealth is measured for the affluent as between $250,000 and $1 million; for lower high net worth individuals (HNWI) between $1 million and $20 million; upper HNWI as between $20 million and $100 million; and ultra HNWI as anything over $100 million.

This is the trend: 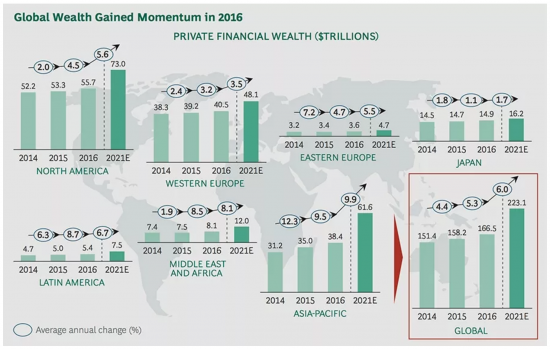 Of this they say:

In other words, they think wealth will grow vastly quicker than earnings possibly can. Or, to put it another way, inequality is going to rise, and rapidly. They're happy to trumpet it: 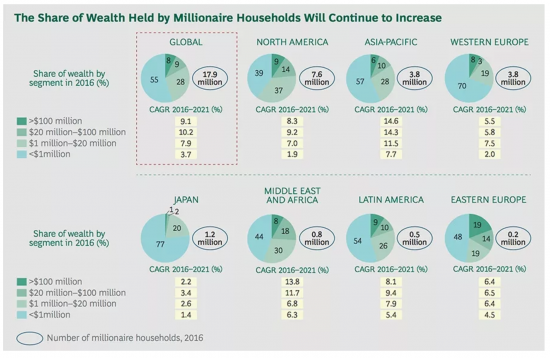 On this they say:

North America is largely set to grow from further wealth accretion for those that already hold it, at 73% of total gains to 2021, while in the Asia-Pacific, 65% of wealth addition stems from growth from new wealth creation. Europe has a relatively balanced profile, as does Latin America and the Middle East and Africa.

The research notes that those with money are likely to be making the lion’s share of more money, in terms of CAGR between 2016 and 2021. The share of wealth by millionaire households will continue to increase, with the biggest share of that growth globally for households with $20 million - $100 million in wealth, at 10.2%, followed by >$100 million, at 9.1%. Households with <$1 million are likely to see the lowest growth of their wealth, at 3.7%.

In other words, not only will inequality increase,  but the degree of inequality will increase with it.

And what is this wealth held in? This is their estimate: 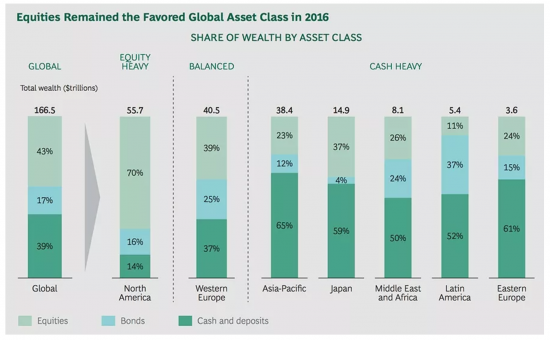 In other words, we're talking financial assets, but with cash surprisingly significant in large parts of the world. And remember that cash saved is dead money for economic purposes: it's money effectively withdrawn from the market that contributes nothing to investment, growth or innovation, let alone new employment. These people can't say their savings are doing something useful because we know they are not. All they're doing is slowing the world economy down. No wonder we remain in the doldrums, economically.

So where is this 'wealth'? This is the chart for that: 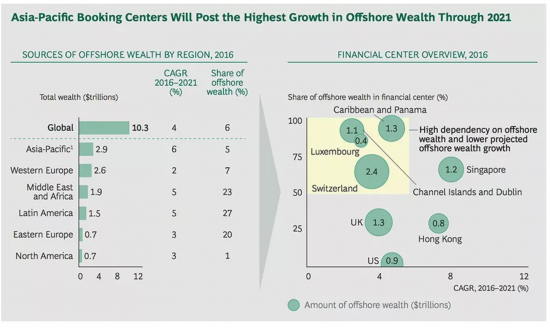 Surprise, surprise: offshore is growing. The measures being taken on this issue may well be deterring the small players who once abused these places but the wealthy carry on regardless.

Which is why I believe the need for a wealth tax is pressing and, if anything the most urgent tax justice priority now.