A record year for this blog

Sometime in the last few minutes someone gave me a record year on this blog. 2016 has now delivered the highest annual traffic I have ever enjoyed: 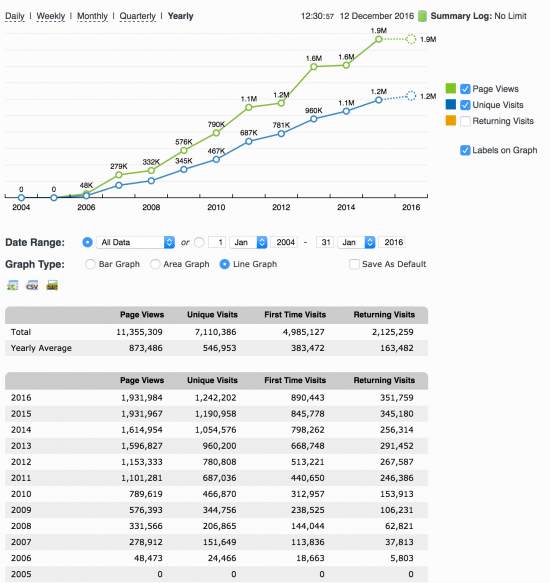 That's especially enjoyable because 2015's success was partly down to the Corbyn effect and the phenomenal success of this post, which was written in 2014 but which by itself created more than 200,000 hits in 2015. I have had nothing equivalent this year, and have still broken previous records. I admit to being pleased and say a big thank you to all involved.

If you could now keep clicking to give a two million reads year that would also be fun. Only 68,000 to go, but Christmas on the horizon when (and this may surprise you) not so many people call by. So, thanks in anticipation, just in case it happens.