The OBR shows that HMRC tax gap data is wrong

I have long argued that UK tax avoidance is very much higher than HMRC admits. Even yesterday Philip Hammond took a swipe at Labour for using my tax gap figures rather than those of HMRC.

It was an own goal. That is because HMRC say total UK tax avoidance is just £2.2 billion a year. But yesterday the OBR published data on the cost to the UK Exchequer of small business, which they admit saves them tax. They say this may not be the only reason for incorporating, but the whole thrust of their report is that the growing trend to incorporate may be for just this reason.

And, as they put it, the cost is high: 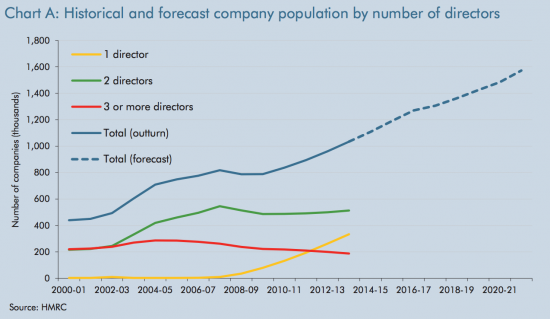 And this is tax avoidance to which attention may need to be given according to the OBR.

In which case the HMRC estimate of total tax avoidance being £2.2 billion is shown for the farce that it is.

It really is time HMRC started telling the truth.

Also remember these costs are based on the corporation tax returns HMRC receive each year: my research has shown they may not get up to one million returns each year. So the cost of incorporation may be very, very much more than  is noted here.