A call for open minds: change cannot happen without them

I am surprised to find that I want to share this series of tweets: 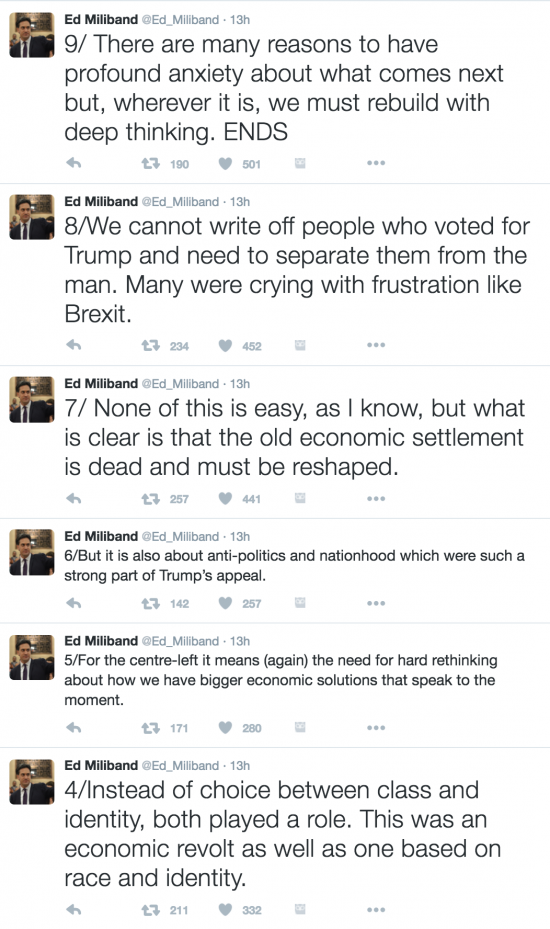 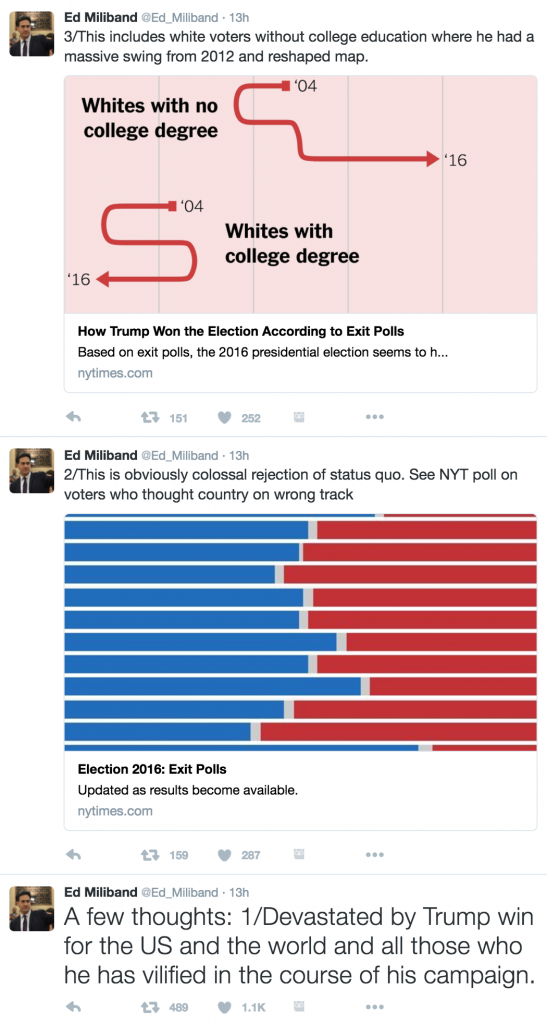 Most will say 'Ed Miliband? He's still around?'

Or 'What the heck is the relevance of what he has to say?'

Second, note tweet 8: we cannot write off people who voted for Trump.

Now this could, of course, all be show. That's possible. And it could, of course, be dismissed because of who wrote it. But I am not so cynical. This shows someone who is willing to change his mind, and say so. He is admitting he got things wrong. He is saying there can be no going back. He is expecting a different form of politics or there are no answers.

Before you get excited realise that some may have known this for a lot longer than Ed Miliband may have done, but there is no point presenting arguments for change unless they deliver change. So when people accept the argument that change is needed don't dismiss them straight away when they are actually delivering evidence that your argument is winning.

I don't know where Ed Miliband's thinking is going - although he clearly hints favour for the work of the Resolution Foundation in tweets that followed - but I still think this is good news. And I would call for open minds right now. Change cannot happen without them.